Orders For U.S. Durable Goods Down In September

Orders for long-lasting manufactured goods fell in September, with a key category that tracks business investment plans declining for a second straight month. 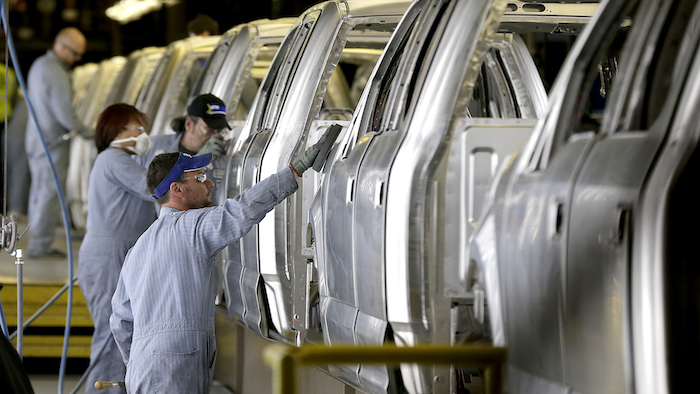 Orders for durable goods dropped 1.2 percent September, the Commerce Department said Tuesday. That follows a 3 percent drop in August, an even bigger downturn than first reported.

Orders in a category that serves as a proxy for business investment fell 0.3 percent after a 1.6 percent drop in August.

Durable goods orders have been down in four of the past six months, a sign of the problems facing manufacturers as they struggle with economic weakness in key export markets like China. A stronger dollar has also been a drag, making American products less competitive overseas.

The September weakness was led by a big drop in orders for commercial aircraft, an extremely volatile category, which fell 35.7 percent in September. Orders for autos and auto parts rose 1.8 percent.

While commercial aircraft suffered the biggest decline, there was widespread weakness in a number of categories. Orders for machinery fell 1.3 percent. Demand for primary metals such as steel dropped 2.9 percent, and orders for computers fell 4.5 percent.

Consumer demand for autos has been strong, with auto sales in September rising nearly 16 percent from a year ago to their highest peak in nearly a decade.

But outside of cars, consumers are spending cautiously. Overall retail sales have grown only modestly in the past two months. That has left many businesses with an overhang of unsold products. Economists believe that efforts to reduce high inventory levels were a major drag on the overall economy in the just-completed July-September quarter.

The Federal Reserve will wrap up a two-day meeting on Wednesday. It is expected to leave a key interest rate unchanged at a record low near zero, where it has been since December 2008.

Analysts say there's still a chance for a rate hike at the Fed's last meeting of the year in December. But for that to happen, they believe recent anemic figures on job growth and consumer spending will need to rebound to stronger levels.