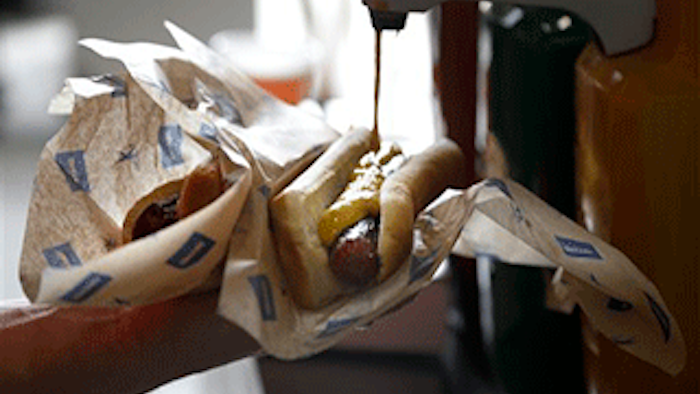 More than 14 percent of those samples were "problematic," according to the report.

Clear Food said that the issues were either hygienic — which involved a "non-harmful contaminant" — or related to ingredients that were not displayed on product labels. The analysis also found human DNA in 2 percent of the samples.

The study represents another blow to companies that were already dealing with the fallout from the World Health Organization's finding that processed meats contributed to increased cancer risks.

The Clear Foods report, meanwhile, also identified issues among the vegetarian options sampled during the study.

Ten percent of the vegetarian sausages contained meat, while the vegetarian products were responsible for two-thirds of both human DNA cases and overall hygienic problems.

The report also identified top 10 lists for both major hot dog brands and smaller producers that scored highest in its analysis.

Butterball, McCormick and Eckrich topped the rankings for major companies, while Gardein, Taverrite's and Field to Family Natural Foods were the top three specialty or regional brands.

"Despite the problems we found, what was most promising in our tests was the fact that there are a number of hot dog manufacturers, large and small, that are producing high-quality hot dogs with integrity," the report said.