Honda is launching an unprecedented U.S. ad campaign urging owners to get vehicles repaired if they have been recalled to fix defective air bags. 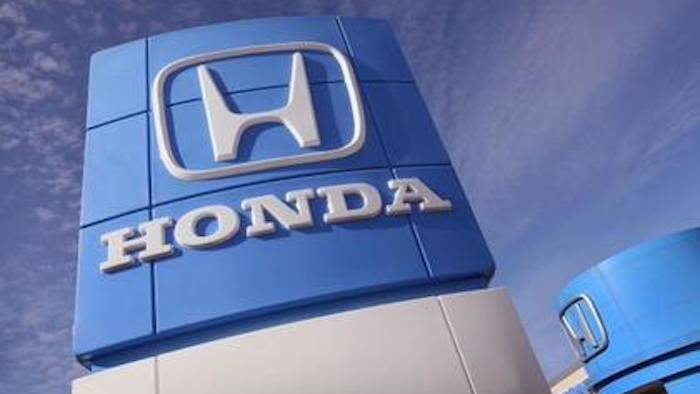 DETROIT (AP) — Honda is launching an unprecedented U.S. ad campaign urging owners to get vehicles repaired if they have been recalled to fix defective air bags.

The Japanese automaker will spend several million dollars on ads in 120 newspapers and 30-second radio spots in 110 markets. It's also sponsoring customized Facebook posts that will appear in owners' timelines. The ads — in English and Spanish — will begin running next week.

Honda has recalled about 6.2 million cars in the U.S. since 2008 because air bag inflators made by Takata Corp. can explode with too much force, sending shrapnel into the vehicle. Ten automakers, including Honda, have recalled about 22 million cars globally to replace Takata inflators. Six deaths have been blamed on the problem.

Spokesman Chris Martin said it's the first time Honda has reached out to owners through a media campaign. The ad makes clear that recalls are free, and promises loaners if there is a delay in getting the cars repaired.

"Almost everyone knows someone who owns a Honda," says one print ad, which urges friends to tell owners to contact the company. "We care about your safety, so please take action immediately."

The ads will focus on the 11 warm weather states and U.S. territories that Honda says are at greatest risk.

Honda says it has replaced 1.1 million of about 8 million defective inflators in the U.S., or just 14 percent of the total. Some of the recalled cars have recalled Takata inflators on both the driver and passenger sides. Honda reported to the government that 17,809 owners hadn't been found, despite mailings and phone calls.

The government's National Highway Traffic Safety Administration told lawmakers in a letter that the 10 automakers have replaced inflators on only 2 million, or just under 12 percent, of the 17 million vehicles recalled in the U.S. for Takata air bag problems, Sen. Bill Nelson, D-Fla., said Thursday on the Senate floor.

"That's just not acceptable," he said. "Progress has been painfully slow."

Automakers have been hampered by a lack of replacement parts, and Takata has promised to speed up production. Honda has hired two other air bag makers to produce inflators as well.

Chrysler, Ford and Toyota, which also have recalled cars with Takata air bags, say they have also done phone calls and mailings, but none plans to match Honda's advertising effort.