Samsung Electronics Co. has applied for U.S. and South Korean trademarks for a watch that connects to the Internet in the latest sign that consumer technology companies see wearable devices as the future of their business. 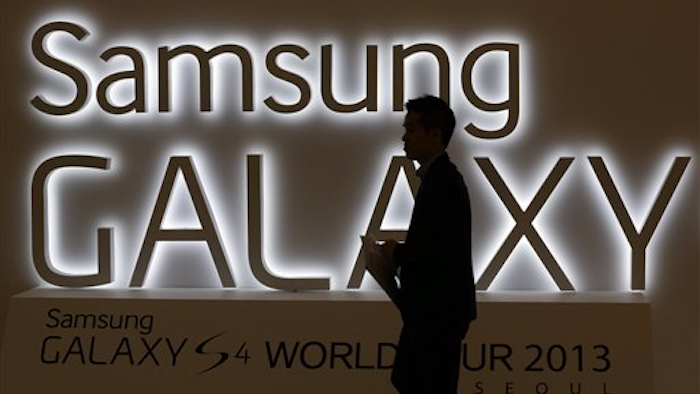 SEOUL, South Korea (AP) -- Samsung Electronics Co. has applied for U.S. and South Korean trademarks for a watch that connects to the Internet in the latest sign that consumer technology companies see wearable devices as the future of their business.

Samsung described "Samsung Galaxy Gear" as a wearable digital electronic device in the form of a wristwatch, wrist band or bangle in its July 29 application with U.S. Patent and Trademark Office. A month earlier, it applied for a "Samsung Gear" trademark in South Korea.

The trademark applications did not show the shape of the products. But drawings from a Samsung design patent approved in May show a watch-like design with a flexible screen that curves around the wrist.

The U.S. trademark application said the device will be "capable of providing access to the Internet, for sending and receiving phone calls, electronic mails and messages" as well as "for keeping track of or managing personal information."

The trademark filings in the U.S. and in South Korea show that Samsung is deep in preparations for what tech industry experts expect will be a new generation of mobile technology that dramatically expands the utility of single-function objects such as watches and glasses. The South Korean consumer electronics giant was caught flatfooted by Apple's invention of the smartphone but through what turned out to be a legally risky strategy of imitation was able to capture a dominant share of the global smartphone market within a few years.

Apple Inc. applied June 3 for a trademark in Japan for "iWatch." Industry watchers have long speculated that Apple is working on a smart watch that uses a version of the operating system that powers the iPhone and iPad. The company has not confirmed those rumors but CEO Tim Cook has hinted it may be developing a wearable computing device.

Google Inc. is testing an early version of Internet-connected spectacles called Glass. It uses a small screen above the right eye that displays information and imagery retrieved from the Internet.

The South Korean patent office said the Gear trademark will not be approved this year as it takes seven to eight months to start reviewing applications due to a waiting list. Samsung applied for the South Korean trademark on June 21.

It was not clear if Samsung would use the "Samsung Gear" trademark for a Smart Watch. The trademark application covers 38 possible products including mobile telephones, bracelets, glasses and software interfaces that monitor human vital signs.

South Korea's patent office said in June that Samsung had patented watch designs in which more than three quarters of the device is covered by a flexible display that curves around the wrist. Illustrations showed 'back' and 'home' buttons at the bottom of the screen. Another illustration shows a rectangular screen with an edge that tapers toward the top.

The product is made of metal, synthetic and glass materials, Samsung's patent document said.

Samsung executive vice president Lee Young Hee said in March interview with Bloomberg that the company's mobile division has been working on a smart watch. Samsung declined to confirm the report then.