The Latest On U.S. Employment Numbers

Today, the AP is reporting that U.S. employers added jobs at a solid pace in March and hired more in January and February than previously thought. 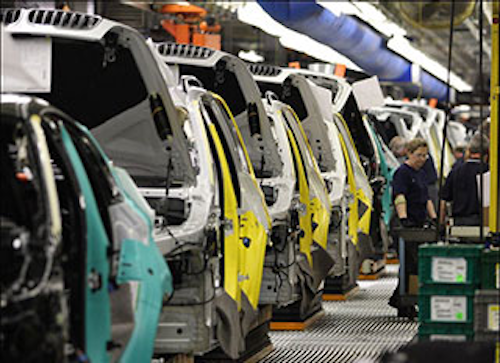 Today, the AP is reporting that U.S. employers added jobs at a solid pace in March and hired more in January and February than previously thought. Friday's government report sent a reassuring signal that the economy withstood a harsh winter that had slowed growth.

It was reported that the economy gained 192,000 jobs in March, the Labor Department said Friday, slightly below February's revised total of 197,000. Employers added a combined 37,000 more jobs in January and February than previously estimated.

The unemployment rate was unchanged at 6.7 percent. But a half-million Americans started looking for work last month, and most of them found jobs. The increase in job-seekers is a sign that they were more optimistic about their prospects.

"We're back to where we were before the weather got bad," said John Canally, economist at LPL Financial. "It's a nice, even report that suggests the labor market is expanding."

The Alliance for American Manufacturing (AAM) looked over the data released by the Department of Labor and reported that America’s manufacturing sector lost 1,000 jobs in March. That means that the #AAMeter — which tracks President Obama’s promise to create 1 million new manufacturing jobs in his second term — now stands at 114,000 jobs created.

"It's not the robots nor the weather. There are still more manufacturing jobs leaving the U.S. than coming back,” says AAM president Scott Paul. “It doesn’t have to be this way. Lowering the trade deficit, investing in infrastructure and boosting worker training could help to get us back on track. By more than a 2-1 margin, voters are telling Congress to focus on jobs over the budget deficit. The question is, will they listen?"

It was reported in a CNN article today that about 10.5 million Americans remain unemployed, and 36 percent have been without a job for at least six months. Meanwhile, another 7.4 million people are working part-time, even though they would prefer full-time hours.

Federal Reserve Chair Janet Yellen has said both these numbers are far too high and give her reason to believe the central bank should continue stimulating the economy, at least by keeping interest rates low for a "considerable time."

"In some ways, the job market is tougher now than in any recession," Yellen said in a speech Monday.

According to Shierholz's calculations, the U.S. economy still needs at least 5 million jobs to get back to a healthy pre-recession labor market, when the unemployment rate was below 5.5 percent.

From personal care aides to dentists, here's how much different jobs pay in America. You may be surprised, most are under $20 an hour.