Merck remains committed to its $8.4 billion acquisition of Cubist Pharmaceuticals even though a federal court invalidated most of the patents protecting the company's top-selling antibiotic just hours after that deal was announced Monday. 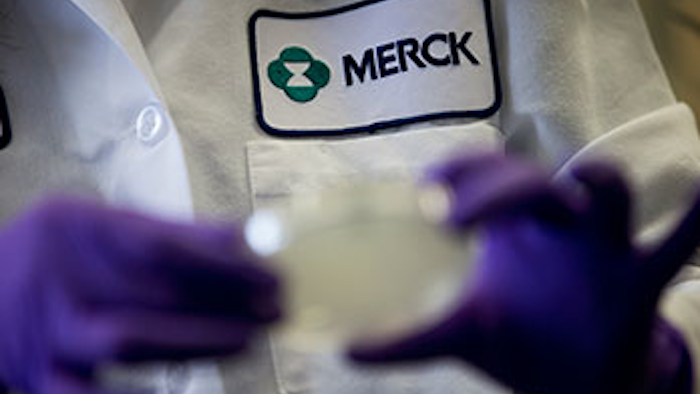 Merck remains committed to its $8.4 billion acquisition of Cubist Pharmaceuticals even though a federal court invalidated most of the patents protecting the company's top-selling antibiotic just hours after that deal was announced Monday.

Shares of both companies tumbled Tuesday morning in the first day of trading after Cubist said a federal court invalidated four patents protecting Cubicin. The court upheld one patent that would stave off a cheaper generic version of the drug from rival Hospira Inc. until June 2016. Cubist draws most of its revenue from Cubicin.

Merck & Co. said Tuesday that it still believes the acquisition will create value for shareholders and add more than $1 billion in revenue next year, with strong growth potential after that.

Cubicin brought in more than $900 million in U.S. revenue for Cubist last year, but Merck's interest in the drugmaker goes beyond that antibiotic. Cubist has a pipeline of drugs under development that includes Zerbaxa, which targets complicated urinary tract and intra-abdominal infections.

The Food and Drug Administration is expected to make a decision on that drug later this month, and European regulators also are reviewing it.

With the Cubist deal, Merck is moving deeper into the treatment of so-called "superbugs" or antibiotic-resistant infections that are drawing growing concern from global health organizations. The infections are linked to 23,000 deaths and 2 million illnesses in the United States annually, according to the Centers for Disease Control and Prevention.

Cubist Pharmaceuticals Inc., based in Lexington, Massachusetts, said Tuesday it believes it will be able to successfully appeal the federal court ruling, and that process should conclude well before June 2016.

The drugmaker already has an agreement with another generic drugmaker, Teva Pharmaceutical Industries Ltd., in which Teva can start selling a generic version of Cubicin in December 2017 or June 2018. Teva will buy its U.S. supplies of Cubicin from Cubist.

Cubist said Tueaday that it still expects the Merck deal to close in the first quarter.

Nevertheless, investors appear to be unconvinced. Shares of Merck, based in Whitehouse Station, New Jersey, dropped more than 4 percent, or $2.76, to $59.12 Tuesday morning, while Cubist tumbled 4 percent, or $4.01 to $96.59. Meanwhile, the Nasdaq exchange slipped 1 percent.