Wisconsin's self-proclaimed "lemon law king" filed a lawsuit Monday against direct-order car maker Tesla Motors, accusing the company of refusing to give a Franklin doctor a refund on a defective electric sedan that cost nearly $100,000. He said he believes the lawsuit is the first lemon law claim against Tesla anywhere in the country. 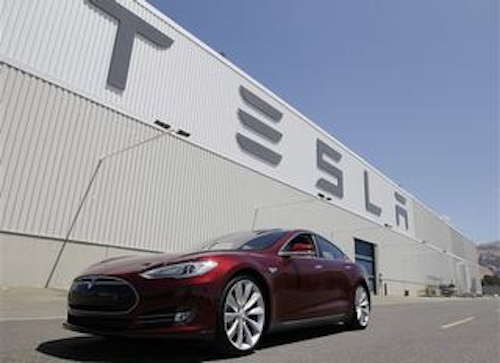 Tesla is currently fighting new regulations in New Jersey that effectively prohibits car companies from using a direct-sales model. Earlier this month, the National Highway Traffic Safety Administration closed an investigation into Tesla car battery fires after the company said it would install more heat shields beneath the cars.

Attorney Vince Megna filed the Wisconsin lawsuit in Milwaukee County Circuit Court. He said he believes the lawsuit is the first lemon law claim against Tesla anywhere in the country. Rosemary Shahan, president of Consumers for Auto Reliability and Safety, a national nonprofit car safety and consumer advocacy organization, said she hasn't heard of any other similar lawsuits against the Palo Alto, Calif., company.

"I would guess for the most part they're taking pretty good care of these customers," Shahan said of Tesla. "They have a lot of reason to keep them happy. High-end customers tend to get treated differently ... why did they let it get to this point where they had to file a lawsuit?"

According to the lawsuit, Robert Montgomery of Franklin had a 2013 SP Sedan delivered in March 2013. The car cost $94,777, plus $4,738 in Wisconsin sales tax. The car, which was under warranty, was in the shop for more than 30 days to repair various problems, including failure to start, power up and charge at Montgomery's home, as well as inoperable door handles, malfunctioning defrost and paint defects, the lawsuit said.

Megna said in an interview with The Associated Press that the car was in the shop 66 days during the first five months Montgomery owned it.

Wisconsin's lemon law requires manufacturers to repair a warranty-covered defect after four tries in a year or provide a timely refund or replacement. The lawsuit claims Montgomery asked Tesla to refund his money in November but the company has done nothing, violating the law.

The version of the law that was in effect when Montgomery purchased the car would make him eligible for double damages, Megna said.

Megna, who has posted a number of online videos lampooning Republican Gov. Scott Walker, put one up on YouTube on playing up the lawsuit. It shows him in a garage with the Tesla holding a power cord and complaining about how the battery won't charge.

In another scene, Megna is driving down the road when he sees a cardboard cutout of actor George Clooney in an intersection. He stops, gets out and starts having a conversation with it, inviting it to come to the courthouse with him. Clooney was one of the first 100 people to purchase a Tesla in 2006; last year he complained his Tesla Roadster always left him stuck along the side of the road.

Megna is later shown lugging the cutout through the courthouse's metal detectors. As he climbs the stairs to the main corridor, he mentions he won't let his paralegal talk about the case because Tesla requires customers to sign a confidentiality agreement when they purchase the cars. The camera then pans to a woman with her mouth duct-taped shut who hands Megna a copy of the lawsuit.