Toyota Motor Corp. will aim to boost its sales of vehicles in emerging markets from 3.7 million in 2012 to 5 million in the future, a company executive said Monday, as the automaker predicts its global sales will reach a record 10 million units. 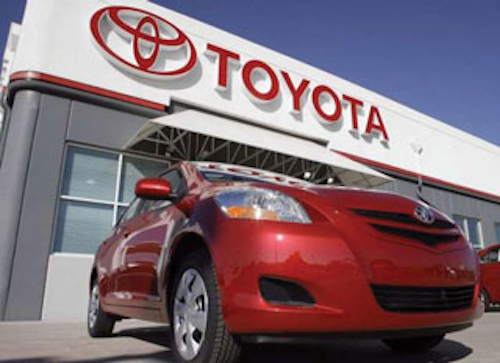 NAGOYA (Kyodo) -- Toyota Motor Corp. will aim to boost its sales of vehicles in emerging markets from 3.7 million in 2012 to 5 million in the future, a company executive said Monday, as the automaker predicts its global sales will reach a record 10 million units.

Toyota will aim to strengthen its business in each emerging country, including China, based on local production and boost profitability, Yasumori Ihara, executive vice president in charge of business in emerging markets, told reporters in Nagoya, adding the company is also looking to make inroads into new markets such as Myanmar.

Toyota's group sales stood at around 9.75 million units in 2012, up 22.6 percent from the previous year, regaining the top position it relinquished in 2011 in terms of worldwide car sales by volume.

Satoshi Ozawa, who oversees Toyota's business in developed countries, reiterated that the automaker plans to maintain domestic production of 3 million units a year in Japan.