Dell Delays Vote On Buyout, A Sign It Lacks Support

Dell has delayed Thursday's vote on founder Michael Dell's plan to take the slumping computer maker private in a sign the board needs more time to rally support. 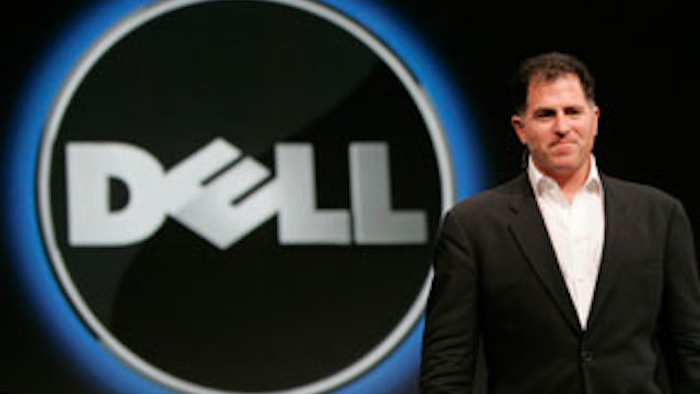 ROUND ROCK, Texas (AP) — Dell has delayed Thursday's vote on founder Michael Dell's plan to take the slumping computer maker private in a sign the board needs more time to rally support.

Dell called a special shareholders meeting to order, then quickly adjourned it without a formal vote. It was rescheduled for July 24 at the company's headquarters in Round Rock, Texas.

The postponement is a significant setback for Michael Dell and the company's board, which has spent the past five months trying to persuade shareholders to approve the buyout proposal.

The mounting opposition to the deal is likely to increase the pressure on Michael Dell and a group led by investment firm Silver Lake to sweeten their offer. Dell's stock rose 30 cents, or 2.3 percent, to $13.18 in morning trading after the delay was announced.

It's unclear whether Silver Lake and other lenders financing the bid will be willing to raise the stakes, given a deepening slump in the PC market that has been causing Dell's earnings to crumble.

The delay is a vindication for two major Dell shareholders, Carl Icahn and his Southeastern Asset Management fund. They own a combined 13 percent of Dell and have been leading the mutiny against the proposed deal. They have argued the price undervalues Dell's long-term prospects, giving Michael Dell and his backers an unfair opportunity to profit from a turnaround.

Michael Dell was present, but did not address the meeting. Company officials said he would have no comment.

Supporters believe Dell Inc. stands a better chance of turning around if it can make long-term strategic decisions without worrying about meeting Wall Street's quarter-to-quarter expectations.

The company's decision to go private is a reflection of the tough times facing the personal computer industry as people delay replacing traditional computers and spend their money instead on the latest smartphones and tablets. PC sales have been falling, and tablets are expected to outsell laptops this year.

Michael Dell, who is Dell's CEO, is hoping to evolve the company into a more diversified seller of technology services, business software and high-end computers — much the way IBM Corp. had successfully transformed itself in the 1990s.

On Tuesday, a special committee of the company's board sent a letter to shareholders emphasizing its opposition to a rival plan by Icahn and Southeastern Asset.

The committee said Icahn could have trumped the $13.65-per-share offer from Michael Dell and his group of investors, but instead submitted a recapitalization plan that it called risky and short on details. Icahn's plan calls for rewarding shareholders with some cash now, but leaving about a third of the shares outstanding for shareholders to benefit from a successful turnaround.

In a statement, Dell said the delay was done to give the board more time to solicit votes. The statement didn't say anything about the tally so far, but the delay suggests Dell didn't have the votes needed to approve the board-backed plan.

Michael Dell's task is made more difficult by an agreement that he would not cast his shares, which represent about 16 percent of the company's stock. That means the board needs slightly more than 42 percent of Dell's outstanding stock to accept Michael Dell's offer to get the deal done.

It would have been hard to imagine the company bearing Michael Dell's name facing this situation a decade ago, when it was riding high and leading the world in PC sales.

That was before the shift in how people engage with technology. Although the company has branched out into servers, storage devices and services, it is still heavily dependent on PCs and has suffered from the rise of smartphones and tablet computers. Last week, research firm IDC said worldwide PC shipments fell 11 percent in the April-June period, compared with a year earlier. That followed a 14 percent decline in the first three months of the year, the steepest quarterly drop since IDC started keeping records in 1994.

Dell shares have never recovered from their split-adjusted peak of nearly $60 during the dot-com boom in 2000. They were at a three-year high of around $18 in February 2012, when they started sliding again in the face of weakening PC shipments. Michael Dell began talking with potential partners about a private buyout even before the shares hit a low of $8.69 in November.

Rumors of a deal sent the shares higher before the board announced the agreement with Michael Dell and other investors on Feb. 5. A four-member special committee of the Dell board recommended that shareholders take the buyout, saying that it minimized their risk and gave them an all-cash payment at a premium over the share price before news of a possible deal leaked.

The committee said that it had wrangled six price increases from the group and that despite contacting dozens of other potential buyers, no superior offers emerged. One possible buyer, private equity firm Blackstone Group LP, dropped out in April, citing Dell's "rapidly eroding financial profile."

Icahn and Southeastern Asset Management have said that the buyout offer undervalues Dell, an opinion that has been echoed publicly by at least four more of Dell's top 20 shareholders. Icahn has proposed that the company buy back 1.1 billion shares at $14 each and added another element last week that will give stockholders warrants to buy additional shares. He has valued his plan at $15.50 to $18 per share.

If Icahn and Southeastern succeed in defeating the private-buyout offer, they would seek to replace the Dell board with their own slate of candidates and put their plan in effect. Icahn plans to oust Michael Dell as CEO, but hasn't said whom he has in mind to run the company.

Michael Dell's group got a boost when that offer was endorsed by three big shareholder-advising firms.

One of them, Glass, Lewis & Co., said it sympathized with those who believe the buyout offer was too low, "especially considering that many of the unhappy shareholders are long-term investors in Dell who likely purchased the stock at higher average prices" than $13.65. Still, the firm said, the certainty of a cash payout was better than the risk in continuing to hold Dell shares, which it said would fall "significantly" if the buyout is rejected — maybe by nearly half.

Dell's stock was trading at $12.81 midday Wednesday, below the $13.65 offered in the buyout. That's an indication that investors weren't holding out for a higher bid. Some analysts fear the stock will sink below $9 again if the deal with Michael Dell falls apart.

Michael Dell, the company's largest shareholder, is throwing in all of his stock and $750 million of his $16 billion fortune to help finance the sale to a group led by the investment firm Silver Lake. Dell's stock-and-cash contributions to the deal are valued at about $4.5 billion.

Software maker Microsoft, which counts Dell among its biggest customers, is backing the deal by lending $2 billion to the buyers. The remaining money to pay for the acquisition is being borrowed through loans arranged by several banks, saddling Dell with more than $15 billion in debt that could raise doubts about its financial stability among its risk-averse corporate customers.

The sale is structured as a leveraged buyout, which requires the acquired company to repay the debt taken on to finance the deal. Dell's sale is the second-highest-priced leveraged buyout of a technology company, trailing the $27 billion paid for First Data Corp. in 2007.

The Dell story is now famous: A 19-year-old started a business in 1983 by selling computer disk drives from his dorm room at the University of Texas at Austin. Soon he was assembling computers and undercutting conventional retailers on price. He then raised $30 million by taking the company public in 1988. Dell went on to change the PC business with low costs, customized orders and direct sales — first over the phone and later the Internet. The CEO climbed the ranks of the richest Americans.

In 2004, when Dell stepped aside as CEO, sales topped $40 billion a year and were on their way to more than $60 billion. Dell returned as CEO in 2007, after the company had fallen behind Hewlett-Packard Co. as the world's largest PC maker and after it endured an accounting scandal that resulted in a $100 million corporate penalty and Dell himself paying $4 million. The company's stock is down by more than 40 percent from where it stood when Dell returned for his second stint as CEO.

Now 48, Dell is seeking to turn the company around away from the glare of Wall Street and the demand for short-term, next-quarter results that investors demand from public companies. He would build upon the company's recent efforts through acquisitions to get into more-profitable lines including business software, network security and consulting.