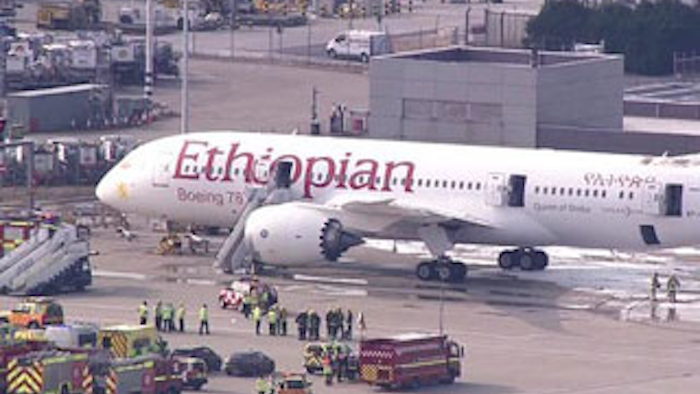 The Air Accidents Investigation Branch said Thursday that the greatest damage to the parked Ethiopian Airlines Dreamliner occurred in the vicinity of the aircraft's emergency locator transmitter.

Investigators said it was not clear if the fire was caused by the transmitter's batteries or a short near or around the transmitter, but recommended that the Federal Aviation Administration disable Honeywell's transmitters in Boeing 787s "until appropriate airworthiness actions" can be carried out.

Investigators also recommended that the FAA and other regulators carry out a safety review of lithium-battery powered transmitters in other types of aircrafts.