Germany's antitrust regulator said Tuesday that it has fined eight companies a total of 97.6 million euros ($129 million) for colluding on orders for railway tracks and related products. 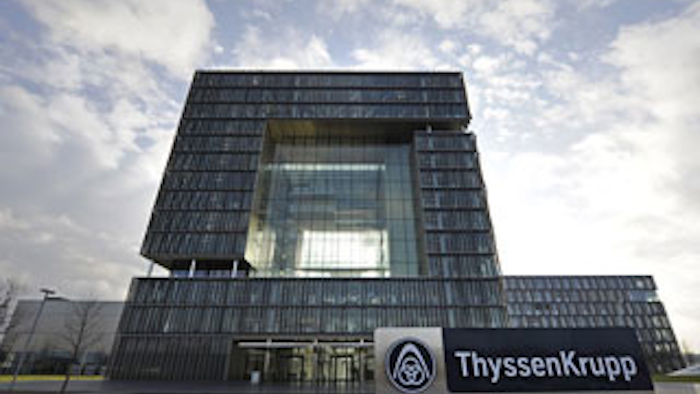 BERLIN (AP) -- Germany's antitrust regulator said Tuesday that it has fined eight companies a total of 97.6 million euros ($129 million) for colluding on orders for railway tracks and related products.

The cartel office said the companies colluded between 2001 and 2011 to determine who would win orders, and the designated winner would tell the other companies what prices to name in their token bids.

The cartel office last year hit four companies with a first round of fines totaling 134.5 million euros over accords at the expense of Germany's main railway operator, Deutsche Bahn. The ThyssenKrupp unit accounted for 103 million euros of that.

The fines can be appealed. ThyssenKrupp, however, said that it had accepted both rounds of fines, and that allegations against the company over the rail cartel "have now been fully and finally settled."

ThyssenKrupp noted that the company itself took action in mid-2011 and dismissed several managers. It said that it is in "constructive talks" with Deutsche Bahn over claims for damages that the state-owned railway operator filed against ThyssenKrupp and other companies at the end of last year.