It seems that not even Beyonce or new, lower-calorie options can convince Americans to drink more soda. 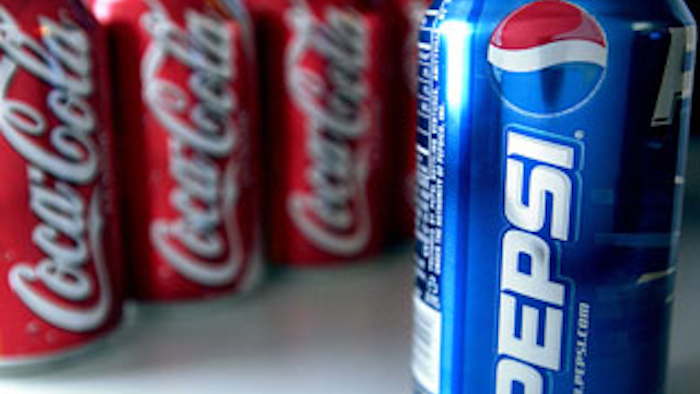 NEW YORK (AP) -- It seems that not even Beyonce or new, lower-calorie options can convince Americans to drink more soda.

Coca-Cola Co., PepsiCo Inc. and Dr Pepper Snapple Group Inc. all sold less soda in the second quarter in North America, dashing hopes for the moment that splashy new marketing and different sweetener mixes could get drinkers back.

Coca-Cola Co. said it sold 4 percent less soda in North America, while PepsiCo Inc. simply said its decline for the region was in the "mid-single digits." Dr Pepper sold 3 percent less of the fizzy drinks.

Coca-Cola, based in Atlanta, blamed the sluggish sales on a cold, wet spring. But the declines continue a years-long trend. According to the industry tracker Beverage Digest, per capita soda consumption in the U.S. has been slipping steadily since 1998 amid concerns that sugary drinks fuel weight gain.

Another problem is that people now have so many more choices when it comes to drinks. An endless array of bottled waters, teas of many colors, even energy shots and "relaxation" drinks are vying for the attention of the thirsty, with store coolers getting more crowded all the time.

The trend "won't change and will probably get worse without a major breakthrough in new sweeteners," said John Sicher, editor and publisher of trade publication Beverage Digest.

PepsiCo's decline for the quarter came despite its stepped-up marketing over the past year; the company signed pop star Beyonce to star in its ads and signed a multiyear deal to sponsor the Super Bowl halftime show. The company also introduced a mid-calorie soda called Pepsi Next to win back people who've quit soda because they don't like the calories in regular or the taste of diet.

Dr Pepper has also introduced a lineup of 10-calorie sodas, starting with Dr Pepper Ten. The idea is that they have just enough high-fructose corn syrup to taste better than diet. But the new drinks apparently aren't convincing enough people to pick up soda again.

Coke has even taken on the question of obesity head-on in TV commercials, hoping to convince people that physical activity can let them enjoy some guilt-free refreshment.

To make up for the declines in the meantime, the industry is relying on bottled waters, teas, sports drinks and other beverages to boost sales. They're also looking overseas to emerging markets, where middle-class populations are growing and there's a greater potential to sell them more drinks.

Still, the North American soda market remains crucial for Coke, Pepsi and Dr Pepper. Their executives have steadfastly expressed optimism that a yet-to-be developed soda made with a natural, low-calorie sweetener can help turn around the soda slide.

PepsiCo has said its work on a sweetener mix could potentially "alter the trajectory of our cola business in a meaningful way." But it has yet to provide any more details.

HanesBrands Buying Maidenform For About $547.6M