A group of 22 U.S. senators has come together to launch a campaign to get Washington to refocus on manufacturing jobs. The Manufacturing Jobs for America initiative aims to build bipartisan support for legislation that will modernize America’s manufacturing sector, help American manufacturers grow and create jobs, and assist American workers in getting the skills to succeed in the next generation of manufacturing jobs. 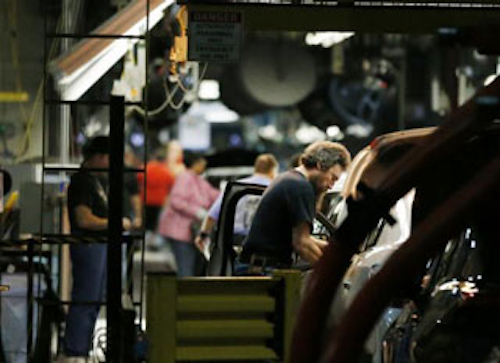 “Washington needs to refocus on manufacturing jobs, which pay better and contribute more to our economy than new jobs in other sectors,” U.S. Senator Chris Coons (D-Del.) said. “This campaign is designed to help manufacturing-jobs legislation that can make a real difference in our communities earn the bipartisan support needed to become law. There are too many Americans still looking for work for Congress to continue to waste time lurching from crisis to crisis. Manufacturing can power our economic recovery, but Congress needs to do its part to see that potential realized.”

“In order to have a strong economy and strong middle class in our country, we must continue to make things and grow things,” U.S. Senator Debbie Stabenow (D-Mich.) said. “It’s absolutely critical that Congress focus on a bipartisan manufacturing strategy that will help our businesses develop advanced technologies and create new high-tech manufacturing jobs. The Manufacturing Jobs for America initiative will promote American innovation, job training opportunities, and the right tax policies to help our businesses and workers be successful in the global economy.” Senator Stabenow is chair of the Senate Manufacturing Caucus.

“We must continue to revitalize our manufacturing base to create good-paying, high-quality jobs, and our bipartisan bills in this package do just that,” U.S. Senator Sherrod Brown (D-Ohio) said. “My legislation cracks down on China’s currency manipulation and creates a level-playing field for American workers and manufacturers. If our workers have the proper tools and resources, they can out-innovate the rest of the world. The time to revitalize American manufacturing is now, and I am proud to work with this committed group to make it happen.”

The senators will work over the next few months to build support from Republicans and Democrats for these bills, and committee and subcommittee chairs have pledged to convene hearings on these issues.

Over time, added emphasis will be placed on bills that garner strong bipartisan support, and additional bills may be added to the effort.

“The Manufacturing Jobs for America initiative that supports pro-growth, pro-jobs policies in energy, tax, regulatory and workforce policy and other areas has the potential to provide a critical path towards bipartisan agreement on issues facing manufacturers and their employees,” National Association of Manufacturers President Jay Timmons said. “The manufacturing sector is still struggling to recover from the 2.3 million jobs lost during the difficult recession of 2008 and 2009. While 500,000 jobs have since been created, we still have a long road to travel. A growth agenda, that includes some of the bills that are part of the Manufacturing Jobs for America effort, is key to creating an environment that encourages job creation.”

“The AFL-CIO applauds the Senate Democrats for pulling together this broad legislative package to support domestic manufacturing,” AFL-CIO President Richard Trumka said. “This is an example of the results-oriented approach Congress should be taking to invest in growth and create jobs, rather than engaging in divisive ideological campaigns. We strongly support many of the themes that run through these bills, including action on currency manipulation and evasion of import duties, measures to increase the reshoring of production, more resources for skills and training, improved access to capital, help for start-ups, and domestic content requirements for government purchases. We look forward to working with the Senate to enact much of this legislation. The manufacturing sector in the United States has finally begun to heal, but we must create the conditions for a long-term recovery. A comprehensive approach like this one can move us a long way in that direction.”

For a full list of the legislation included in Manufacturing Jobs for America, go tohttp://coons.senate.gov/manufacturing.