American businesses ordered fewer durable manufactured goods in January, cutting demand for planes, autos and machines. But a key category that reflects business investment rebounded on the strength of demand for electronics and fabricated metals. 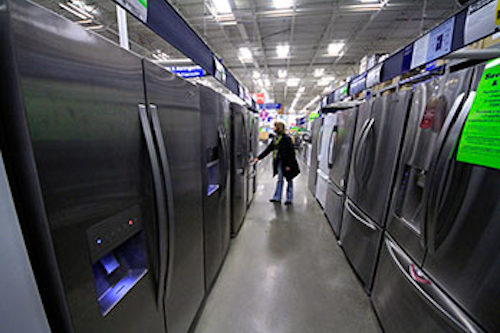 The Commerce Department said Thursday that orders for durable goods fell a seasonally adjusted 1 percent in January from December. Much of the decline was driven by a 20.2 percent drop in demand for commercial aircraft, a volatile month-to-month category. Orders for all transportation-related equipment fell 5.6 percent.

Economists track this category to determine whether business investment is expanding. Last month's rebound nearly erased all of December's decline, a sign that companies might be anticipating more business during spring.

"There is some evidence that the growth rate of equipment investment is strengthening," said Paul Ashworth, chief U.S. economist at Capital Economics. But "we won't know for sure until the weather improves."

Frigid weather and snowstorms have cut into factory output in recent months. As manufacturing has slowed, the effects have echoed across the economy to dampen hiring, retail demand and home sales.

The Institute for Supply Management, a trade group of purchasing managers, said its index of manufacturing activity fell to 51.3 in January, from 56.5 in December. It was the lowest reading since May, though any reading above 50 signals growth in manufacturing.

The broad slowdown emerged after the economy had picked up momentum during the final half of 2013.

Retail sales tumbled last month, including a 2.1 percent dip in auto purchases. Sales of existing U.S. homes plummeted in January to the slowest pace in 18 months, according to the National Association of Realtors.

Most economists say the economy will pivot to stronger growth this year after a halting recovery that followed the recession's end in June 2009. Many analysts are forecasting the economy will grow by around 3 percent in 2014, an increase of more than a percentage point for 2013.

Much of the hope for a better 2014 reflects a belief that the federal government will be less of a drag this year. In 2013, higher taxes and across-the-board spending cuts trimmed about 1.5 percentage points from growth.