China's manufacturing fell to an eight-month low in March in another sign of slowing growth in the world's No. 2 economy. 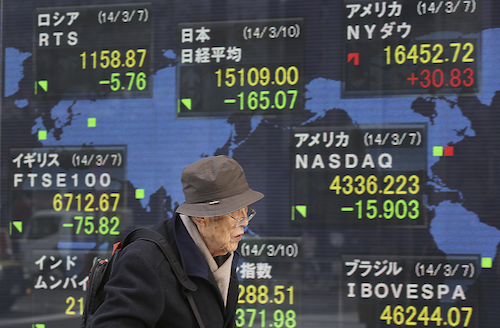 HONG KONG (AP) — China's manufacturing fell to an eight-month low in March in another sign of slowing growth in the world's No. 2 economy.

Released Monday, the preliminary version of HSBC's purchasing managers' index fell to 48.1 from February's 48.5. The closely watched index of activity in China's immense manufacturing industry uses a 100-point scale on which readings above 50 indicate expansion.

Factory output shrank at the fastest pace in 18 months while new orders and work backlogs increased at faster rates.

After a decade of blistering expansion, China's economy has been slowing as the government tries to reduce reliance on investment and encourage growth based on domestic consumption.

Last year, China's economic growth fell to a two-decade low of 7.7 percent, barely half of 2007's explosive 14.2 percent pace. The country's communist leaders have set a target of 7.5 percent growth for this year, but have signaled they are flexible about hitting the target

"The weakness appears even more pronounced given that there is usually a seasonal rebound after the Chinese New Year holiday," said Julian Evans-Pritchard, Asia economist at Capital Economics in Singapore.

He said that in nine of the 10 years that the index has been compiled, it has usually risen in the month after the annual Lunar New Year holiday. Chinese factories usually shut down around the time of the holiday, which mostly fell in February this year, as workers returned home to see families, resulting in fewer work days.

The report is based on 85-90 percent of responses from 420 factories. The final report is due April 1.