The National Highway Traffic Safety Administration said that automakers who use air bags made by Japanese supplier Takata will recall vehicles sold in states with hot, humid weather. 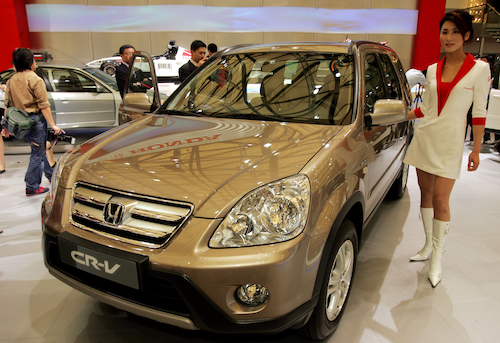 The National Highway Traffic Safety Administration said Monday that automakers who use air bags made by Japanese supplier Takata will recall vehicles sold in states with hot, humid weather. Automakers will repair the vehicles for free, and in most cases replace both the driver's side and passenger side air bag inflators, which can rupture. All of the automakers except Honda are limiting the recalls to Florida, Hawaii, Puerto Rico and the U.S. Virgin Islands, on the advice of Takata.

The following automakers and vehicles will be included in the recall, according to letters sent to NHTSA by the various automakers:

CHRYSLER: Chrysler is still determining which vehicles are affected.

NISSAN: Nissan said it is still determining which vehicles are affected.

TOYOTA: Toyota has twice recalled vehicles for problems with Takata air bags. The company says it will recall certain 2003-2005 Corolla, Matrix, Sequoia, Tundra, Lexus LC and Pontiac Vibe cars not covered in the previous recalls, to repair their passenger-side air bag inflators. It has not yet set a schedule for notifying owners.