A Texas lawyer has filed a lawsuit against General Motors on behalf of 658 people who were injured or killed in crashes allegedly caused by faulty ignition switches. 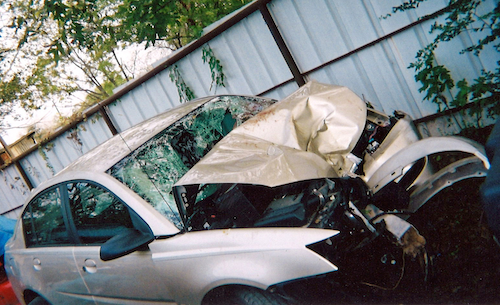 DETROIT (AP) — A Texas lawyer has filed a lawsuit against General Motors on behalf of 658 people who were injured or killed in crashes allegedly caused by faulty ignition switches.

The lawsuit filed Tuesday in U.S. District Court in Manhattan in New York City names 29 people who were killed in crashes and 629 who were hurt. All the crashes occurred after GM emerged from bankruptcy protection in July of 2009. That makes them exempt from GM's efforts to shield itself from claims due to crashes that occurred before the bankruptcy, attorney Robert Hilliard said in a statement.

Hilliard also said he will ask judges for permission to file another 248 cases from before the bankruptcy, including 21 deaths.

"It's certainly not a legal given that GM will be successful in its attempts to use this 'get-out-of-jail-free' bankruptcy card," said Hilliard, of Corpus Christi, Texas.

The lawsuit alleges that GM knew about the defective switches that can cause engines to stall since as early as 2001, yet it didn't recall any cars until this year. The switches can cut off the engine, knocking out power steering and brakes and disabling the air bags, which wouldn't protect people in a crash. The lawsuit seeks in excess of $75,000 in damages for each plaintiff.

The filing comes just days before compensation expert Kenneth Feinberg is to start taking injury and death claims on behalf of GM. Feinberg, who handled claims for the BP Gulf Oil Spill and the Sept. 11, 2001 terrorist attacks, has said GM has placed no limit on the total amount of money he can spend to compensate victims. Feinberg is to start taking claims on Friday and will accept applications through the end of the year. Those who settle with Feinberg must give up their right to sue.

GM recalled 2.6 million small cars such as the Chevrolet Cobalt for defective switches starting in February, touching off a recall crisis at the company that has ballooned to 29 million recalled vehicles. Of those, 17.3 million are to fix defective ignition switches. But only owners of the original 2.6 million small cars are eligible for compensation through Feinberg.

GM says the small-car switches have caused at least 54 crashes and 13 deaths.

Hilliard's lawsuit includes crashes involving the original 2.6 million cars as well other cars with faulty switches. He called the exclusion of some ignition switches from the compensation fund "GM madness at its best."

GM spokesman Jim Cain wouldn't comment on Hilliard's lawsuit, but said the company wants to do the right thing for people harmed by ignition switch issues with the Cobalt and other recalled small cars. "That's why we engaged Kenneth Feinberg to independently design and administer a compensation program," Cain's statement said.