HP To Absorb Record Quarterly Loss Of Nearly $9B

Hewlett-Packard Co. on Wednesday said that it will take a massive charge against its earnings for the latest quarter, leading to a record loss of nearly $9 billion. 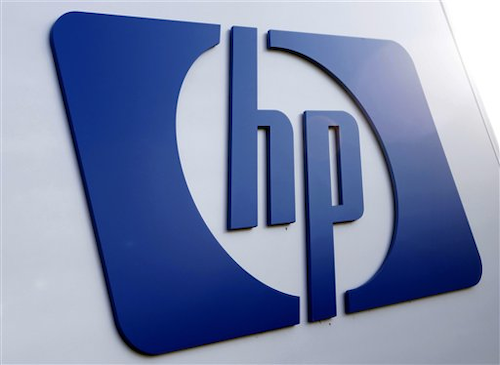 NEW YORK (AP) — Hewlett-Packard Co. on Wednesday said that it will take a massive charge against its earnings for the latest quarter, leading to a record loss of nearly $9 billion.

The charge is the result of a writedown of the value of its services business, a bookkeeping measure reflecting that the company overpaid for when it bought Electronic Data Systems in 2008 for $13 billion. The EDS deal was engineered under the reign of Mark Hurd, who stepped down as HP's CEO two years ago amid a scandal revolving around the nature of his relationship with a former actress who worked as a company contractor.

HP's current CEO, Meg Whitman, has spent much of her first 11 months on the job cleaning up some of the mess left behind by Hurd and her immediate predecessor, Leo Apotheker. Whitman has said HP's problems might not be completely fixed until 2016. As part of the fix, HP is in the process of eliminating 27,000 jobs, or 8 percent of its workforce.

The latest blow will require HP to take a non-cash charge of $8 billion in the quarter that ended in July to account for the reduced value of its Enterprise Services division, which is anchored by EDS. The division, which provides information technology and outsourcing services to corporations, has seen flat revenue for the last two years, and its operating profit has declined.

The Palo Alto, Calif., company said the charge and other accounting adjustments will lead to a loss of $4.31 to $4.49 per share. That works out to about $8.5 billion to $8.9 billion, the largest quarterly loss in HP's 83-year history. It will be only the second quarterly loss that HP has suffered during the past 15 years — a mostly rocky stretch for the Silicon Valley pioneer.

HP also said an early retirement program introduced as part of its payroll purge is meeting with unexpectedly high acceptance. As a result, the company will register a charge of $1.5 billion to $1.7 billion for severance payments in the third quarter, rather than the $1 billion it expected.

The job cuts are expected to be completed by 2014.

Excluding the charges, HP said it expects to report fiscal third-quarter earnings of $1 per share, up from a previous range of 94 cents to 97 cents. Analysts expected adjusted earnings of 97 cents per share, according to a poll by FactSet.

HP didn't mention how much revenue it brought in during the just-completed quarter. That omission may raise concerns that HP is still struggling to boost its sales.

Investors seemed pleased with the higher adjusted earnings that HP plans to report when it releases its fiscal third-quarter results on Aug. 22. HP shares gained 45 cents, or 2 percent, to close Wednesday at $19.41. The stock has lost more than half its value since Hurd's departure and has fallen by 15 percent so far under Whitman's leadership.

HP appointed Visentin to head Enterprise Services last August, after leading the Americas division. Before that, he worked at IBM.