Halliburton and Baker Hughes, whose planned merger is the latest big deal to be shot down by antitrust regulators, now must pick up the pieces and shore up their companies during a severe slump in oil and gas drilling. 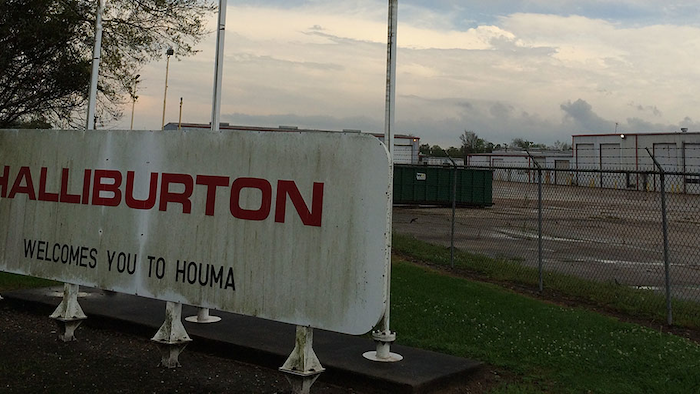 DALLAS (AP) — Halliburton and Baker Hughes, whose planned merger is the latest big deal to be shot down by antitrust regulators, now must pick up the pieces and shore up their companies during a severe slump in oil and gas drilling.

The two Houston companies are key components of the U.S. energy-exploration business. So big and so important, the Justice Department decided, that letting Halliburton buy Baker Hughes would have hurt competition and driven up prices.

Attorney General Loretta Lynch said the companies' decision Sunday to abandon the deal was a victory for the economy and all Americans.

Investors seemed to think that Halliburton will be just fine without the acquisition, which was valued at nearly $35 billion when it was announced in November 2014, even though the company must pay Baker Hughes a termination fee of $3.5 billion. The market signaled that Baker Hughes shareholders might have missed out on a nice payoff.

Halliburton and Baker Hughes help energy companies drill wells and pump oil and natural gas. Halliburton ranks second in the industry only to Schlumberger Ltd. Baker Hughes is No. 3. Because of their size, regulators in the U.S. and overseas viewed their combination with suspicion.

The Justice Department sued to block the deal on April 6, saying it would lead to higher prices by unlawfully eliminating significant competition in markets for almost two dozen services and products crucial to the oil industry.

The Obama administration has taken credit for stopping more than 30 mergers that were abandoned after antitrust regulators sued or threatened to sue, especially to block deals in highly concentrated industries. In dozens of other cases, the regulators reached settlements that allowed deals to go ahead, including big airline mergers.

Like other merger applicants, Halliburton confidently said it would divest enough assets for the deal to pass antitrust scrutiny. But David Gelfand, deputy assistant attorney general in the Justice Department's antitrust division, said the deal was not fixable. The combined company would just have had too much control over too many markets.

Critics of megamergers applauded. They said that for too many years, regulators were too deferential to company arguments that mergers could reduce costs and create efficiency in a way that helps consumers. Now the assumption is that in industries with only three or four major players, mergers will be very difficult to pull off.

"No efficiencies argument is going to win the day," said Diana Moss of the American Antitrust Institute. Those mergers "are just anticompetitive, and remedies (asset sales) are going to be hard to put together."

The Justice Department's opposition stemmed in part from fear among the oil and gas companies that rely on Halliburton and Baker Hughes. Gelfand said the department heard from dozens of companies and more than 100 individuals, although he declined to identify the companies and did not detail their concerns.

In a statement Sunday, Halliburton Co. CEO Dave Lesar said both companies had expected that the deal would "result in compelling benefits to shareholders, customers and other stakeholders," but regulatory obstacles and industry conditions made it best to walk away. Baker Hughes Inc. CEO Martin Craighead said a combined company held great potential for shareholders, customers and employees.

Matthew Marietta, an analyst for Stephens Inc., said Halliburton misjudged in two ways: It underestimated the severity of the downturn in oilfield services, which left few companies willing to buy the assets that Halliburton and Baker Hughes would divest, and its advisers underestimated the Justice Department's tenacity.

Marietta said both companies probably suffered lost market share internationally while they were distracted by the failed transaction.

On Monday, Baker Hughes began laying out its post-deal future. It said it would cut $500 million in annual costs, focus its oilfield-services business more narrowly, and use some of the termination-fee bounty to buy back $1.5 billion in shares and pay down $1 billion in debt.

For Halliburton, some analysts had already concluded that the deal wasn't such a good one because it would have been forced to sell billions in assets during a deep slump in the services business.

Halliburton emerges $3.5 billion poorer because of the break-up fee, but it remains in a strong position as the leader in fracking and in completing U.S. wells, said Bill Herbert, an analyst with Simmons & Co., part of Piper Jaffray. Baker Hughes, he said, "is more of a restructuring opportunity."

While Halliburton failed to buy Baker Hughes, that doesn't mean deals are impossible in the oil patch. After all, No. 1 Schlumberger recently made a $12.7 billion acquisition of equipment maker Cameron International. Regulators said there wasn't enough overlap to raise competitive concerns.