The union representing auto workers at General Motors' Oshawa, Ont., plant says the company must decide now what will happen to its operations there instead of waiting until after the next contract negotiations. 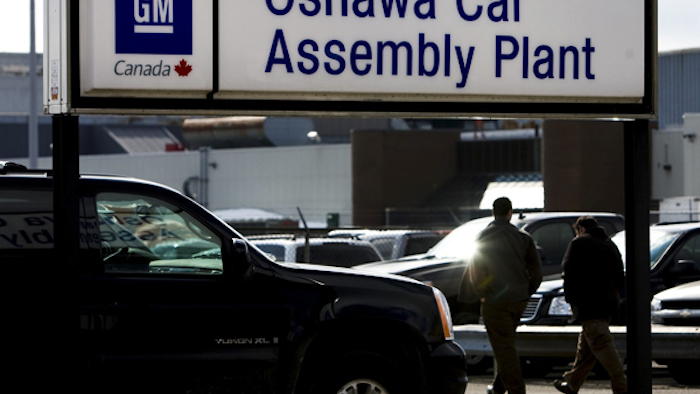 Oshawa, Ontairo - The union representing auto workers at General Motors' Oshawa, Ont., plant says the company must decide now what will happen to its operations there instead of waiting until after the next contract negotiations.

Unifor is responding to a statement by the automaker, which said the company would not make any "final decisions" on the fate of the Oshawa plant until after bargaining in 2016.

The union, which represents 3,700 workers at the plant, says the Oshawa operations are "highly competitive" and will become even more so with the decline of the Canadian dollar.

Local president Ron Svajlenko says the company will also be able to cut costs through attrition as roughly two-thirds of the union's members at the plant are set to retire in coming years.

General Motors says it has to take into account dramatic fluctuations in the economy, some of which are out of its control, when deciding on future products and plans.

The auto giant says it is "doubling down" on its efforts to find efficiencies and hopes the union understands its "central role" in the process.