How Much Does Your State Rely on Durable Goods Manufacturing?

Manufacturing of durable goods accounted for just more than 5.5 percent of the nation's overall non-farm employment in December. 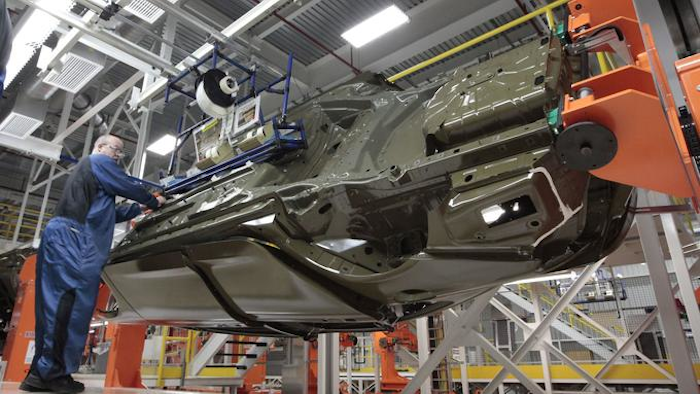 Manufacturing of durable goods accounted for just more than 5.5 percent of the nation's overall non-farm employment in December.

But the significance of those goods — items designed to last three years or more, such as cars, appliances and furniture — to individual states varied widely, according to recent data from the U.S. Bureau of Labor Statistics.

Durable goods manufacturing in the Great Lakes states and portions of the Deep South, for example, provided a substantially larger percentage of employment than the national rate.

In portions of the Mid-Atlantic and Intermountain West, however, producing those goods accounted for just a tiny fraction of state jobs.

Indiana led all states with 12.4 percent of all non-farm jobs classified as durable goods manufacturing, followed by Michigan at 10.5 percent, Wisconsin at 9.9 percent and Ohio at 8.7 percent. Alabama and Mississippi followed at 8.5 percent and 8.4 percent of all jobs, respectively, narrowly ahead of Iowa, Kentucky and Connecticut.

Alaska and Hawaii, unsurprisingly, had the smallest percentage of jobs in durable goods manufacturing, although data was not available for South Dakota and New Mexico. Among the contiguous United States, Wyoming had the lowest rate at 1.6 percent, following by Delaware and Maryland at 2.1 percent, Nevada at 2.2 percent and Montana at 2.7 percent.

Among the nation's most populous states, California and Texas each had 5 percent of jobs tied to durable goods manufacturing. Florida and New York were among the lowest-percentage states at 2.8 percent each, while Illinois came in ahead of the national rate with 5.9 percent.

See where your state stacks up on the production of durable goods.