GM Plans $1.2B in Upgrades for Indiana Pick-Up Truck Plant

General Motors announced Tuesday it would spend $1.2 billion on new facilities and technology at an Indiana factory where it builds Chevrolet Silverado and GMC Sierra pickup trucks. 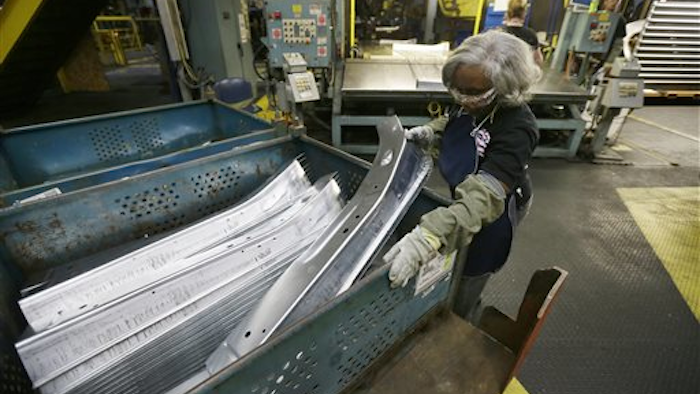 Fort Wayne, Indiana — General Motors announced Tuesday it would spend $1.2 billion on new facilities and technology at an Indiana factory where it builds Chevrolet Silverado and GMC Sierra pickup trucks.

The project will increase by roughly 50 percent the size of the 3,800-worker Fort Wayne assembly plant with new painting facilities, an expanded body shop and improvements to the truck assembly area.

GM officials said work on the project was expected to begin in June and would take several years to complete. No plans for additional jobs were announced as part of the Fort Wayne expansion, which is part of GM's plan to invest $5.4 billion at its U.S. plants over the next three years.

"Truck customers demand top quality," Cathy Clegg, vice president of GM North America Manufacturing, said in a statement. "The upgrades at Fort Wayne Assembly will enable our team to continue delivering for them for years to come."

GM's factory spending comes as the company said its U.S. sales rose 5.9 percent for April from a year ago. GM's best-seller, the Chevrolet Silverado pickup, posted nearly an 8 percent sales gain to almost 46,000.

GM has already announced plans to spend: $1 billion on construction and renovations at its technical center near Detroit; $439 million to upgrade the Bowling Green, Kentucky, factory that makes the Chevrolet Corvette and; $174 million for new equipment and technology at a Kansas City, Kansas, plant to build the 2016 Malibu midsize sedan.