An Arizona copper producer could be closer to a work stoppage after union members indicated plans to terminate their current contract. 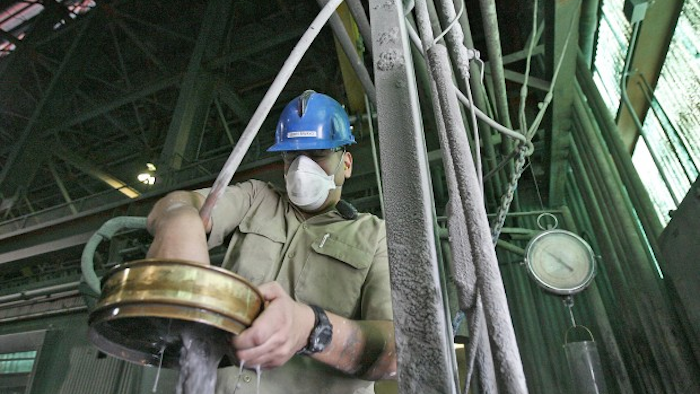 An Arizona copper producer could be closer to a work stoppage after union members indicated plans to terminate their current contract.

The contract between Tucson-based Asarco LLC and about 2,000 workers represented by eight unions will expire on June 20 and could lead to a strike or lockout, according to a report in the Arizona Daily Star.

Asarco, a subsidiary of Grupo Mexico, operates three mines and a copper smelter in Arizona and a refinery in Texas. The company's labor deal expired nearly two years ago, but workers remained on the job under the terms of an extended contract subject to a 15-day termination notice from either side.

Last week, the United Steelworkers union — the lead negotiator for the eight unions — officially filed that notice with the company.

“After two years of negotiations, including meetings this week, too many of Asarco/Grupo Mexico management’s unfair, discriminatory and one-sided proposals remain on too many issues to continue with the status quo,” the USW said in a message of members.

Among the disagreements, according to the Daily Star, are union allegations that Asarco owes millions in bonuses based on the price of copper to hundreds of employees. The company countered that it did not have to pay those quarterly bonuses to workers hired after June 2011 that were not covered in Asarco's pension plan.

Asarco officials said the company plans to meet with the union in late June or early July and that "we will continue to operate under the same terms and conditions of the preceding agreement.”

Union workers previously went on strike at Asarco for five months in 2005, while employees also fought against its acquisition by Grupo Mexico after emerging from bankruptcy protection.