More Than Half Of U.S. States Report Job Losses In September

Most U.S. states reported jobs losses in September as slowing growth has weighed on hiring nationwide in the past two months. 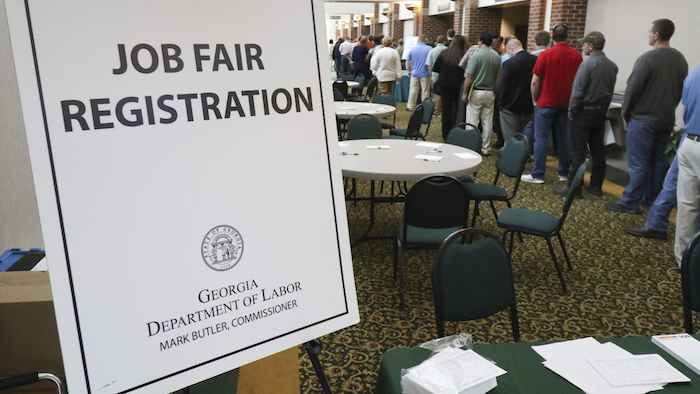 WASHINGTON (AP) — Most U.S. states reported jobs losses in September as slowing growth has weighed on hiring nationwide in the past two months.

Total U.S. hiring faltered in August and September as manufacturers struggled with the impact of the strong dollar and weak growth overseas. At the same time, U.S. consumers have spent cautiously. Growth likely slowed sharply in the July-September quarter to an annual rate of about 1.3 percent, from a 3.9 percent pace in the second quarter.

Texas reported the nation's biggest job gain in September, adding 26,600. The gains occurred in a range of industries, including retail, shipping, education, health care, and hotels and restaurants. New York added the second-most, with 12,000.

Many states with job losses also said their unemployment rates fell. That can occur if some unemployed stop looking for work, perhaps out of discouragement or because they return to school or stay home with family.

In Pennsylvania, the state with the second-largest decline in jobs, the number of people looking for work also fell. Its unemployment rate slipped to 5.3 percent from 5.4 percent.

In the past 12 months, only four states have lost jobs. All have significant oil drilling operations or coal mining industries. They have taken a hit as prices for oil and coal have deteriorated.