Walmart saw a 10 percent drop in shares on Wednesday, its worst stock decline in more than 15 years, after forecasting a 6 to 12 percent decrease in earnings next fiscal year due primarily to raising employee wages. 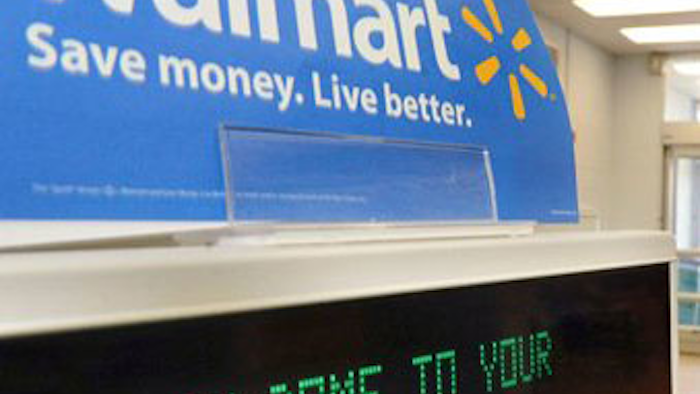 Walmart saw a 10 percent drop in shares on Wednesday, its worst stock decline in more than 15 years, after forecasting a 6 to 12 percent decrease in earnings next fiscal year due primarily to raising employee wages.

The company announced in February its plans to raise employee wages to at least $9 an hour in April, rising to $10 an hour by February 2016.

The retail giant is no stranger to criticism on their labor practices, most recently on low wages. OURWalmart, a non-profit association dedicated to helping individuals or groups with labor issues at Walmart, responded to the news Wednesday with a statement from Walmart associate Tarcenia Floyd.

Floyd said she wasn’t surprised by the news and “hope[s] that other shareholders see today that profits go hand in hand with compensating employees fairly, giving them full-time work and respecting them on the job.”

OURWalmart aired commercials during the democratic debate Tuesday evening that depicted several associates who were listing various problems with the company and asking for support to “help change Walmart”:

Viewers flocked to social media to respond to the ads, some strongly in favor and others irritated and unimpressed. Whether or not these ads had anything to do with the stock drop Wednesday is unclear.

Walmart has had branding problems for years, constantly battling against unsavory depictions in the media, based on things like its workplace practices, and how many of its products are produced on foreign soil.

Perhaps in an attempt to redefine its reputation, Walmart has pledged to invest $250 billion in products that support American jobs over 10 years.  The company has also emphasized the importance of made-in-America goods. While some are on board with Walmart for it, others – like the Alliance for American Manufacturing – remain skeptical.