A new survey says China leads other top manufacturing nations when it comes to joining the industrial Internet of Things. 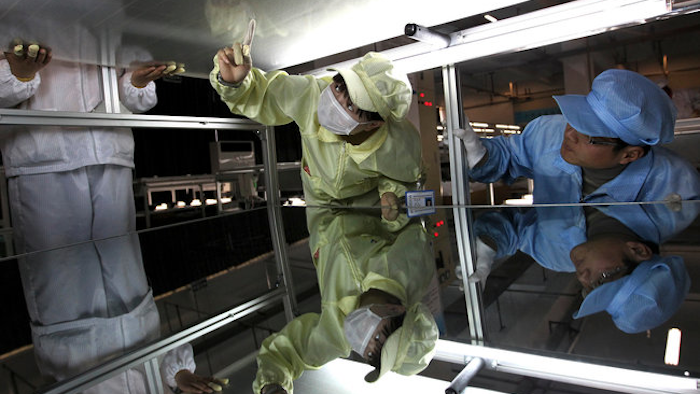 A new survey says China leads other top manufacturing nations when it comes to joining the industrial Internet of Things.

The analysis -- compiled by India-based Infosys Ltd. and researchers from the University of Aachen in Germany -- polled 433 manufacturing executives in five nations about their business' development of "Industry 4.0," the German government's advanced manufacturing concept.

The poll found that 57 percent of respondents in China adopted machine-to-data technologies. Among the other countries surveyed, the U.S. trailed in second place with 32 percent early adoption, followed by the U.K. at 26 percent, Germany at 21 percent and France at 14 percent.

The study also showed that the rate of implementation in each nation is likely to proceed at a similar pace over the next five years. Nearly half of the executives polled planned to use machine-to-data technology by 2020.

The survey found that 57 percent of respondents used indicators to measure industrial machinery, but that only 13 percent did so in real time. The U.S. led the countries in the survey in real-time data use at 21 percent, with Germany and France bringing up the rear at less than 10 percent.

More than 80 percent of executives expressed awareness of the potential benefits of technology for production efficiency, machine maintenance and information collection. Less than 20 percent, however, put such systems into practice.

"With equipment and system processes becoming intelligent, virtually every process and activity in the manufacturing enterprises involves data," Infosys engineering chief Sudip Singh said in a statement. "If machine data can be transformed into meaningful insights, it will be able to provide maintenance engineers with powerful tools to accurately predict failures and make better informed decisions."

See more on how the Internet of Things could spark the next industrial revolution.