Don't expect to see them too soon, but they could be coming to your local grocery store — two types of apples genetically modified to resist turning brown after they're bruised or sliced. 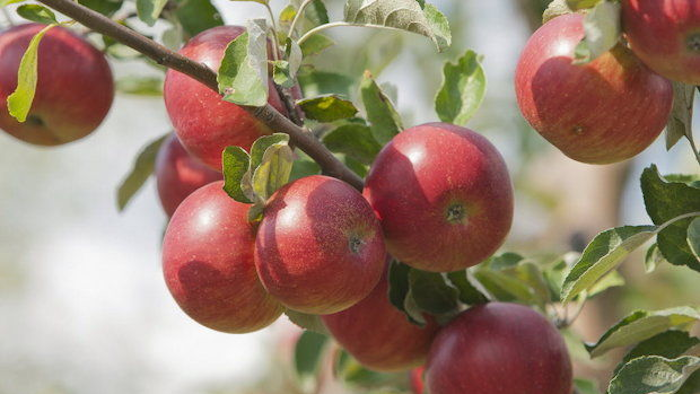 Don't expect to see them too soon, but they could be coming to your local grocery store — two types of apples genetically modified to resist turning brown after they're bruised or sliced.

Arctic Golden and Arctic Granny Smith are being developed by a Canadian company, Specialty Fruits Inc. of Summerland, British Columbia.

The Agriculture Department gave its OK on Friday — saying the apples aren't likely to pose a plant pest risk and or have "a significant impact on the human environment."

The first Arctic apples are expected to be available in late 2016 in small, test-market quantities.

It takes apple trees several years to produce significant quantities, so it will take time before the genetically-modified apples are widely distributed.

"We can't wait until they're available for consumers," said the company's president and founder, Neal Carter.

Apples brown quickly after they are cut open and exposed to air. The browning-resistant varieties are considered especially desirable for use as pre-sliced apples, in fruit salad and salad bars, and in the manufacturing of juice.

Specialty Fruits said it is working on developing other browning-resistant apple varieties as well.

The nonprofit Center for Food Safety questioned whether browning-resistance will mask apples that no longer are fresh. The Environmental Working Group said the government's decision to allow marketing of the apples shows the need for mandatory, clear-labeling of genetically modified foods.

The Food and Drug Administration is not required to approve genetically engineered crops for consumption, but most companies will go through a voluntary safety review process with the FDA before they put them on the market.