Brewers Battle Over Who Can Distribute Beer in Kentucky

Tensions between the emerging craft beer industry and one of the world's largest brewers have erupted into a regulatory fight about who can distribute beer in Kentucky. 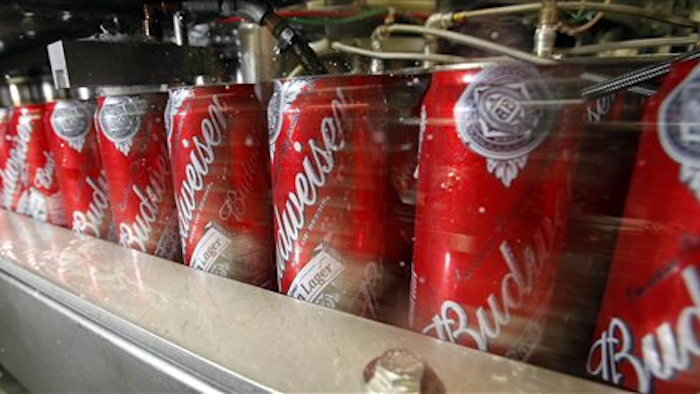 Frankfort, Kentucky — Tensions between the emerging craft beer industry and one of the world's largest brewers have erupted into a regulatory fight about who can distribute beer in Kentucky.

Anheuser-Busch owns two distributors in Kentucky and has attempted to buy others. But independent brewers worry they would be frozen out of the market if the beverage giant were to control more of the state's distribution system, arguing it would have no incentive to market any products but its own.

A House committee approved a bill Thursday that would require Anheuser-Busch to sell its two distributors and ban it and other brewers from owning any in the future. Many of the members voting for the bill said they could likely vote against it once it reaches the House floor.

Anheuser-Busch officials said their brands make up 92 percent of the products they distribute, with competitors' brands accounting for the other 8 percent. That's compared to 98 percent of Anheuser-Busch products distributed by the Owensboro company before it was bought.

"The notion that our ownership here stifles the craft guys is just plain wrong," said Damon Williams, director of sales and market for Anheuser-Busch of Louisville. "It's a robust and competitive market in Kentucky. If you want a beer, you can find it."

Kentucky has 26 active independent brewers, according to the Kentucky Department of Alcoholic Beverage Control. But interest in craft brewing has increased significantly since 2011. Before that, state officials received just eight applications for a brewing license. Since then, the state has received 24 applications, including one submitted on Thursday.

State law does not allow these independent microbreweries, like Lexington's Country Boy Brewing, to own a distributor.

"The only thing we at Country Boy and as brewers are asking for is a level playing field, and that is if we cannot allow Kentucky brewers and beer makers to distribute, we make it equal and we do not let others distribute, particularly the largest brewer in America," said Daniel Harrison, co-owner of Country Boy Brewing.

The issue has become a flashpoint in this short, 30-day legislative session. Anheuser-Busch has aired TV ads in Louisville and Lexington saying that "greedy special interests" are trying to run them out of the state — a tactic that was admonished by the chairwoman of the House Economic Development Committee before Thursday's meeting.

Craft brewers have also been lobbying lawmakers, hosting an event last week where they allowed lawmakers to sample their beer, according to the Courier Journal.

The committee approved the bill by a vote of 15-4, but several members said they urged the two sides to come up with a compromise, such as allowing Anheuser-Busch to keep its current distributors but not allow them to buy any more.

But Williams said after the meeting that Anheuser-Busch could not agree to that because it would limit their future growth. Democratic House Speaker Greg Stumbo, who sponsored the bill, said grandfathering Anheuser-Busch would most likely lead to the court overturning the law because it did not treat all brewers equally.