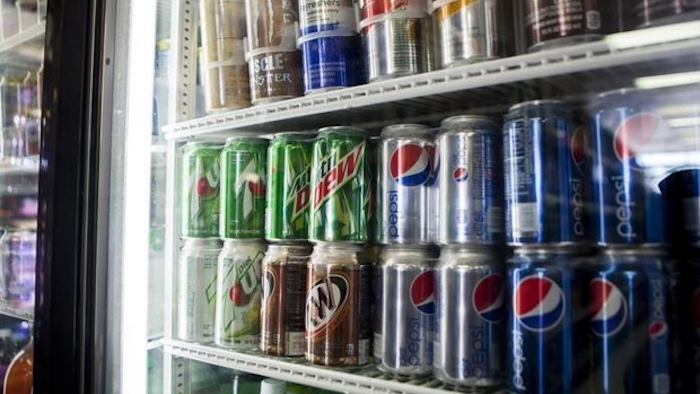 Senate Majority Leader Bill Monning, a Democrat from Carmel, earlier this month introduced legislation requiring that sweetened beverages with at least 75 calories per 12 ounces have warning labels either on the front of the container or at the point of purchase.

The label would say that drinking such beverages "contributes to obesity, diabetes, and tooth decay."

"Given the rock solid scientific evidence showing the dangers of sugary beverages, the State of California has a responsibility to inform consumers about products proven to be harmful to the public’s health," Monning said.

Monning offered labeling legislation during the previous session, as well. The measure passed the Senate but failed to advance through an Assembly committee amid concerns the labels wouldn't alter consumer behavior.

That has fueled continued skepticism about the measure's prospects this session, and it remains unclear whether Democratic Gov. Jerry Brown would sign it into law should it reach his desk.

Public health advocates lauded the requirement, saying a label would present the dangers of sugar in the same context as current labels on cigarettes and alcoholic beverages. Dr. Harold Goldstein, the head of the California Center for Public Health Advocacy, said an "overwhelming body of science" ties sugary drinks to rising rates of obesity and diabetes.

The food and beverage industry, however, has already come out in force against the latest bill. The state trade group CalBev argued the measure singles out its industry, noting Americans consume most of their sugar from junk food and that sugar intake from beverages has fallen by more than a third over the past decade.

CalBev also alleged the measure would include a variety of loopholes and ultimately lead to confusion about how to address a complicated public health problem.

"All it will do is create confusion and send a confusing message to consumers about what causes obesity," said CalBev spokesman Roger Salazar.

The labeling bill is just the latest spat between health advocates and industry groups in California. Monning had previously floated a tax on soda, and the American Beverage Association campaigned hard against a San Francisco labeling requirement that failed at the ballot box. Nearby Berkeley was the first city in the country to approve a tax on sugary beverages last fall.

The debate, however, is also playing out at the national level. An advisory panel to the U.S. Department of Agriculture recently called for potential limits on added sugars, prompting the American Beverage Association to criticize the committee for exceeding its authority.

Increasing pressure to address the obesity epidemic, meanwhile, has sparked some changes in the industry. Large soda companies have agreed to cut calories in their products, while Coca-Cola has offered products with reduced sugar levels both in the U.S. and abroad. Some food producers have followed suit, including General Mills' recent move to reduce sugar in its Yoplait yogurt.