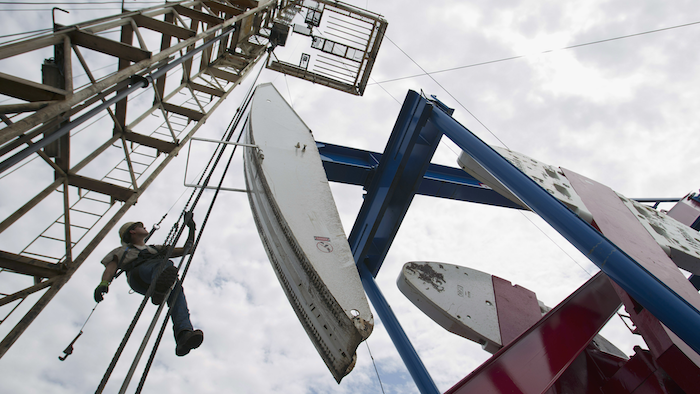 The state saw eight oilfield employee deaths since October, a five-month total than exceeded the number for the previous 12-month span. October also coincided with the beginning of a decline in the number of oil rigs operating in the state.

Officials said the incidents remain too recent to draw conclusions about a pattern in North Dakota, which sits atop the Bakken shale oil deposit and epitomized the nation's oil and natural gas production boom due to fracking in recent years.

One observer, however, called a connection between prices and accidents a matter of "simple math."

"There’s absolutely potential that some of what we’re seeing is driven by the price of oil," oil company safety consultant Dennis Schmitz told the Journal.

Oil prices plummeted throughout the latter half of 2014 and some projections expect prices to stay low amid continued increases in domestic production. North Dakota's oil industry hasn't seen the layoffs that affected Texas, but companies operating in the Peace Garden State faced intense pressure to cut costs.

The number of rigs producing or exploring for oil in North Dakota fell to a five-year low this month and cutbacks by oilfield companies fueled speculation about increasing safety concerns. A fire at a drilling site killed two workers in January, while another accident that month likely stemmed from deadly vapors near wells.

Oil company officials argued cutbacks would eventually trim inexperienced and accident-prone workers from the fields. In the interim, however, companies are dealing with high turnover, pay reductions, longer hours and heavier workloads.

Dangerous conditions are nothing new in North Dakota, particularly in the wake of the shale oil boom. A 2014 report from the AFL-CIO called the state the most dangerous for workers in the nation.