Japan is famous for innovation. But, like many countries in the Pacific, it must also cope with fierce forces of nature. Now one local company has merged insights from both and built what could be one of the first “disaster-proof” factories. 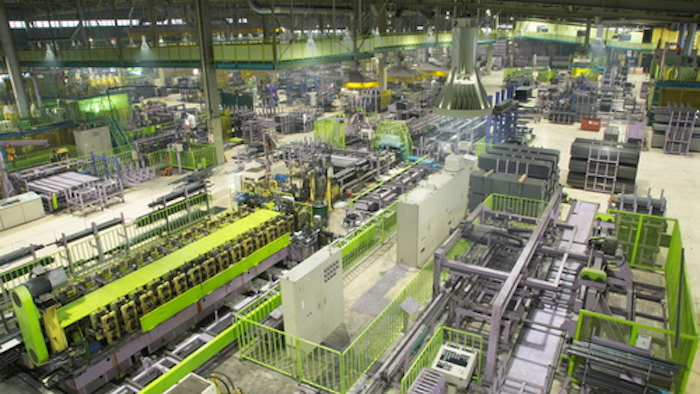 Japan is famous for innovation. But, like many countries in the Pacific, it must also cope with fierce forces of nature. Now one local company has merged insights from both and built what could be one of the first “disaster-proof” factories.

The residential housing builder Sekisui House has redesigned its plant in the north-eastern town of Miyagi so that it can shelter as many as 250 people for a week. The factory is equipped with a massive battery storage, a smart power supply system, an efficient gas engine disconnected from the grid, banks of solar panels, and rows of huge LED light fixtures suspended from the ceiling. The plant also stores its own natural gas, food and water.

But the system is more than just a backup. “It’s difficult to justify major investments solely for disaster preparedness when you have no idea whether one will actually occur,” says Keiichiro Imada, who is in charge of production costs at the plant. “Even when you factor in investment support from government entities, disaster preparedness is definitely not inexpensive. However, the prospect of enhancing both our readiness for disasters and our energy efficiency acted as an incentive.”

The system, for example, is helping the factory reduce its electricity bill by charging the batteries from the grid cheaply at night and releasing the power back when it gets expensive during peak hours. “By using an integrated system and managing peak power consumption, we are going to cut the basic energy contract from 2,300 to 1,600 kilowatts,” Imada says. That’s enough electricity to supply 223 local homes.

GE supplied and installed much of the power technology used by the system. Sekisui reached out to the company because of GE’s expertise in distributed power and in building resilient electrical systems that can work disconnected from the grid.

The idea for the disaster resistant factory came from Sekisui’s managers. They started by upgrading the factory’s spacious showroom next to the production line so that it can serve as an emergency shelter for local residents.

The shelter draws power from a bank of GE-made batteries that can release as much as 500 kilowatt-hours when needed. The batteries require little maintenance and no external cooling or heating.

The plant is also using GE’s efficient Waukesha gas engine that can quickly turn on, and supply the factory on demand with power and hot water during blackouts.

The plant has also installed more than 600 efficient indoor and solar-powered outdoor GE LED lights that helped the factory save 70 percent of the electricity it needed for lighting.

Katsuaki Takahashi, the vice-mayor of Shikama says that because of improvements like those being made by Sekisui House, a number of local governments will likely collaborate with private sector partners to prepare for disasters and protect the environment.

Says Takahashi: “If these efforts…are adopted nationwide, they will play an important part in protecting the pubic.”