Drivers Want New Safety Technology, But it Will Cost Them

Drivers want more collision-prevention technology in their cars, but there is a limit to how much they will pay. 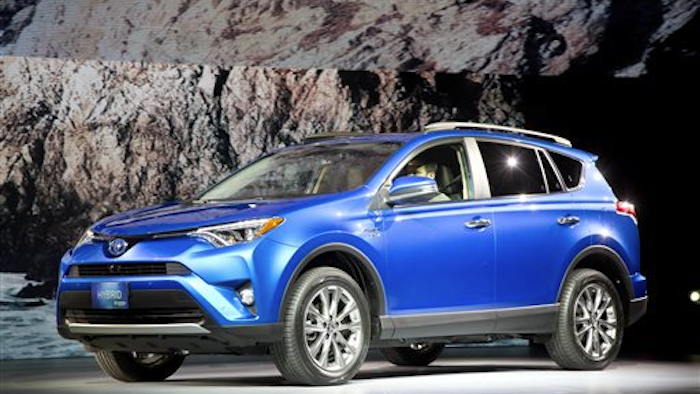 Detroit, Michigan  — Drivers want more collision-prevention technology in their cars, but there is a limit to how much they will pay.

Blind spot detection, night vision and collision avoidance systems — which automatically apply the brakes if the driver doesn't react in time — are the top three technologies drivers want on their next cars, according to a study released Wednesday by the consulting firm J.D. Power.

Drivers are much less excited about fuel-saving features, like solar roofs or active grille shutters, which open and close to improve aerodynamics. They also show little interest in wellness gadgets, like seats that measure your blood pressure, or sensors that let drivers use hand gestures to control the car's functions.

That might not be enough to get them all the features they want. High-tech safety features are often packaged together, and may only be available on more expensive trim levels.

To get blind spot detection and emergency automatic braking on the $94,000 Mercedes-Benz S Class, for example, buyers must first upgrade to a $4,500 premium package and then spend $2,800 for a separate safety package. A night vision system, which uses sensors and heat-seeking cameras to warn drivers of obstacles in the road, is an extra $2,260.

Prices are rapidly coming down, however, as cameras get cheaper and automakers spread out their costs by adding safety features to more and more models. Toyota said last month that automatic braking will be a $300 to $635 option on the 2016 RAV4 SUV. Right now, the company offers automatic braking on the Prius hybrid, but only as part of a $4,320 package.

For the study, which took place between January and March, J.D. Power asked 5,300 recent car buyers to rank 59 separate technologies. Some, like the wellness car seats or a rear-mounted camera that projects images onto the rearview mirror, aren't yet commercially available. Another technology that appealed to respondents — a paint that repairs small scratches itself — is uncommon but available on a handful of models from Nissan, Infiniti and Lexus.

Kristin Kolodge, the executive director of driver interaction at J.D. Power, said prototype technologies were included in order to help automakers and suppliers decide what sorts of features to prioritize.

"The auto industry is standing on its head to keep technology up to consumers' new standards," Kolodge said.