German automaker Volkswagen said first-quarter profit rose 19 percent from a year ago as cost-cutting improved profit margins at its namesake brand and as European car sales showed a modest recovery. 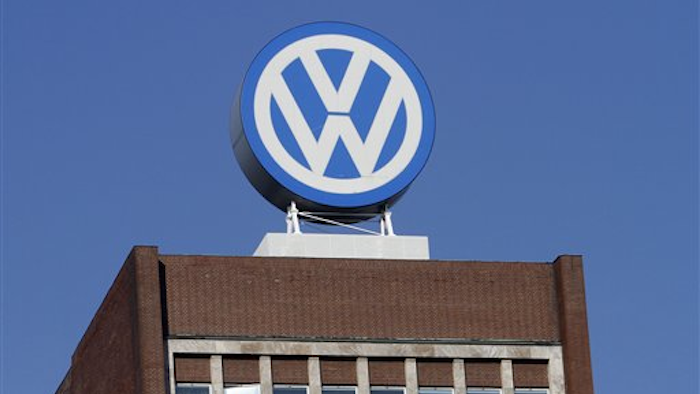 Net profit rose to 2.93 billion euros ($3.23 billion) in the January-March period, from 2.47 billion euros in the same quarter a year ago.

Volkswagen AG said Wednesday that its efforts to reduce costs had saved more than 100 million euros in the quarter — a figure "in the low triple-digit millions," as the news release put it — at the mass-market Volkswagen brand. That lifted the profit margin to 2.0 percent from 1.8 percent.

The Volkswagen brand was still hit by falling sales in Russia, which is suffering from economic sanctions over Ukraine and a fall in the ruble, and in South America.

But it gained ground in Spain, Britain and Germany. European auto sales in general are bouncing back slowly as the economy recovers from a crisis over high government and bank debt in the 19 countries that use the euro currency.

Volkswagen, headquartered in Wolfsburg, Germany, is the world's No. 2 automaker by vehicle sales behind Japan's Toyota. Its core Volkswagen brand has struggled to contain costs and improve profitability. VW has also lost market share in the United States, despite investing $1 billion to build a plant in Chattanooga, Tennessee. Its other brands include luxury makes Audi and Porsche, which bring higher profits per vehicle.

The company's challenges appear to lie behind a battle among the company's directors that resulted in the resignation Saturday of board chairman Ferdinance Piech. Piech, 78, had said in an interview that he was "at a distance" from CEO Martin Winterkorn. Winterkorn, however, obtained the support of other board members and Piech resigned. The company has yet to choose a new board chairman.

The company stayed with its cautious outlook for the year. "We have always emphasized that 2015 will be a challenging year for the automotive industry as a whole, and also for us," Winterkorn said in a statement. The company reaffirmed that it was on course to meet its goals for increased vehicles sales, sales revenue, and operating profit in 2015 over 2014.

The company says its profit margin — a key figure for investors — would come in between 5.5 and 6.5 percent. For the first quarter, it was 6.3 percent, up from 6.0 percent in the same quarter a year ago.