General Motors announced Thursday it will spend $439 million to upgrade the Kentucky plant that makes the Chevrolet Corvette sports car. 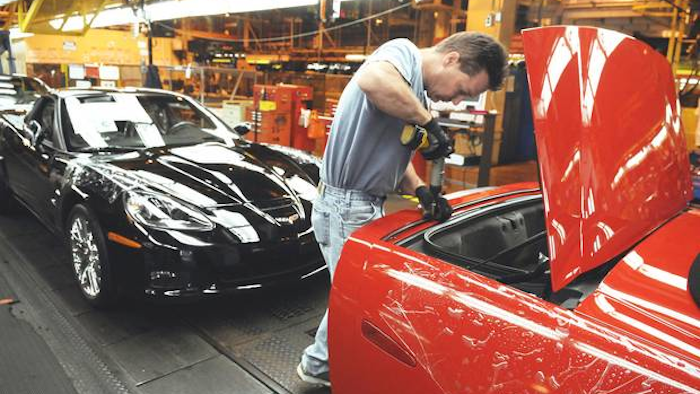 General Motors announced Thursday it will spend $439 million to upgrade the Kentucky plant that makes the Chevrolet Corvette sports car.

The project includes a new 450,000-square-foot paint shop that is almost half the size of the current production facility in Bowling Green.

Construction is scheduled to begin this summer and take about two years to complete. The new facility will feature new tooling and robots, and environmental enhancements, such as dry scrubbing technology designed to eliminate sludge water and waste and high-efficiency baking ovens to lower energy use.

"The Corvette is one of Kentucky's most-cherished icons," Kentucky Lt. Gov. Crit Luallen said in a news release. "Such a significant expansion of the Bowling Green Assembly Plant will help the company remain competitive in the region and around the world."

GM said Thursday's announcement will result in the retention of 150 jobs at the plant. The announcement follows a previous investment of $135 million in the plant over the last four years for the new Corvette Stingray and Performance Build Center.

GM announced last month that it plans to invest $5.4 billion at its U.S. plants over the next three years.

The Bowling Green plant has been making Corvettes since 1981. The first 300 Corvettes were built in Flint, Michigan, starting in 1953, before production was moved to St. Louis the next year.

Following the passage of more strict environmental regulations in the 1970s, GM decided to transfer the Corvette production facilities to a building that had been a Chrysler air-conditioning unit factory in Bowling Green.

Following the launch of the new 2014 Stringray, sales of Corvettes reached an eight-year high in 2014, with 38,000 cars sold around the word. The plant also welcomed a record 56,000 visitors last year.