Consumer Reports Finds Some Newer Cars Burn Too Much Oil

Newer cars aren't supposed to need more oil between oil changes, but Consumer Reports found that some engines — mainly from Audi, BMW and Subaru — require an extra quart as often as once a month. 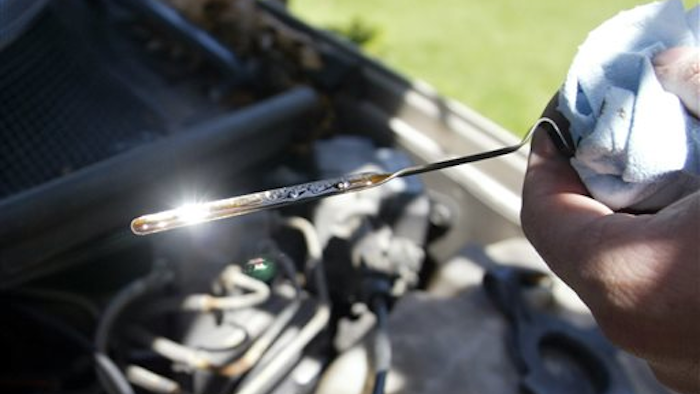 Detroit, Michigan — Newer cars aren't supposed to need more oil between oil changes, but Consumer Reports found that some engines — mainly from Audi, BMW and Subaru — require an extra quart as often as once a month.

In an annual survey of car owners, significant numbers reported what the magazine considered to be excessive oil consumption. Consumer Reports focused on 2010 to 2014 models and called on automakers to make repairs under the powertrain warranty or to extend warranties.

"The companies should be willing to step up and take responsibility for their products," said Mark Rechtin, the magazine's cars content team leader.

Owners of newer cars, he said, shouldn't have to carry oil around and worry about adding it. Most cars, he said, have dashboard lights warning drivers if their oil gets too low. But failing to pay attention to that light eventually can cause engine damage. The magazine's survey didn't find any link between oil consumption and other engine problems, but it found that cars that burn oil early consume more as they age.

It's normal for cars to burn a little oil as they age toward 100,000 miles, the magazine said in its August issue. But for a late-model car to burn a quart or more between changes is not acceptable, Rechtin said.

The magazine focused on survey data from 498,000 owners of 2010 to 2014 models, finding that 98 percent did not have to add oil between changes. But even if the problem happens to only 2 percent of owners, that equals 1.5 million cars from the five model years, Rechtin said.

Several engines from three manufacturers were the main offenders, according to the magazine. Those include Audi's 2.0-liter turbocharged four cylinder and 3.0-liter V6; BMW's 4.8 liter V8 and 4.4 liter twin-turbo V8; and Subaru's 3.6 liter six-cylinder and 2.0- and 2.5-liter four-cylinder engines. The Subarus burned less oil than the others.

The magazine says that standards for certain Audi and BMW cars say that it's reasonable to burn a quart of oil every 600 to 700 miles. Subaru considers one quart burned for every 1,000 to 1,200 miles to be acceptable, Consumer Reports said.

Audi spokesman Bradley Stertz said a class action lawsuit against Audi over oil consumption by the 2.0-Liter turbocharged four-cylinder engines is close to being settled without the company admitting liability or wrongdoing. The settlement affects 2009 A4, 2010 A4 and A5, and 2011 A4, A5 and Q5 models. With the other models, Audi hasn't been able to identify an abnormal number of oil consumption complaints, he said.

Subaru spokesman Michael McHale said oil consumption can vary depending on how a vehicle is used. The vast majority of Subarus, he said, performed within specifications, and the company's vehicles have improved from 2010 through the current models.

Messages were left for a BMW spokesman.