A top U.S. auto safety regulator accused Fiat Chrysler of failing to provide timely and accurate recall information to her agency and said that customers also have problems getting accurate information. 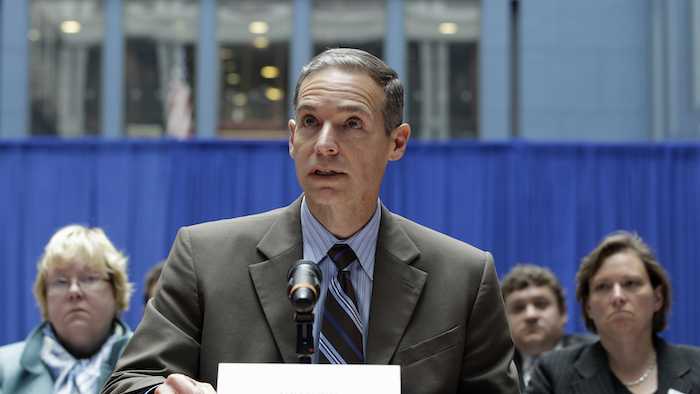 WASHINGTON (AP) — A top U.S. auto safety regulator accused Fiat Chrysler of failing to provide timely and accurate recall information to her agency and said that customers also have problems getting accurate information.

Problems with the company, known as FCA US LLC, are widespread and involve slow response to vehicle defects that have caused deaths and injuries, Timian said.

Timian and two other NHTSA officials gave detailed accounts of Fiat Chrysler problems, painting an alarming picture of an automaker that repeatedly failed to provide correct information, refused to carry out requested tests and botched recall repairs in a way that put consumers at risk.

The recalls involved problems as serious as rear-mounted gas tanks that can leak and cause fires in a crash, air bags that can explode with too much force and spew shrapnel, and ignition switches that can abruptly shut off, causing engines to stall. In one recall, a recommended fix didn't work.

Depending on how NHTSA rules, the company could face millions in fines, and it could even be ordered to buy back faulty vehicles, accounting for depreciation. The agency has authority to fine companies up to $35 million per infraction, and could find several infractions in one recall. But it's unlikely the maximum fine would be assessed on all counts.

In some cases, the agency has "tentatively concluded" that Fiat Chrysler violated the law. It will take written testimony for another 10 days and issue a ruling after that.

In one case, Fiat Chrysler delayed distribution of parts to fix a nut that can come loose from Ram truck drive shafts, said Scott Yon, chief of vehicle integrity for NHTSA. If the nuts come loose, the shaft can fall off the truck and the wheels can lock up. Owners were notified that parts were available in the fall of 2013, but the agency kept getting numerous complaints, he said.

"Although Chrysler reported that it had completed sending notices to owners in November of 2013 telling them parts were available and repairs could be completed, NHTSA continued to receive owner complaints that parts could not be found," Yon said.

Fiat Chrysler reported three crashes and two injuries in the eight months after the recalls began. One owner complained in July of 2014 — nearly seven months after the company said parts were available — of being told by a dealer that there were no parts. Company records confirmed that parts were often backordered or restricted so dealers could repair only one vehicle per week, Yon said.

Fiat Chrysler already has admitted that it missed legal deadlines to notify customers in five recalls. Automakers must tell customers within 60 days after notifying the government about a recall. Four of the five misses were four days or less, but one was 12 days late, the company has said.

Witnesses also were to present testimony but were not cross examined.

Some were to testify about the recall of 1.56 million older Jeeps for rear-mounted gas tanks that are vulnerable in rear crashes. At least 75 people have died in post-crash fires involving the Jeeps, which include the 2003-2008 Libertys and 1993-1998 Grand Cherokees. The agency said Thursday that more than two years after the June, 2013 recall, Fiat Chrysler has repaired only 6 percent of the Grand Cherokees and 32 percent of Libertys.

Chrysler maintains the Jeeps are as safe as comparable SUVs built during the same years. It also says it has worked hard to reach owners of recalled vehicles.

In the Jeep case, it has tried 4.5 million times to reach owners, a spokesman said. Some of the Jeeps are 22 years old, and it's difficult to find owners through state registration databases because addresses may not exist, the company said.

The recall fix is installing a trailer hitch to protect the tanks in low-speed crashes.