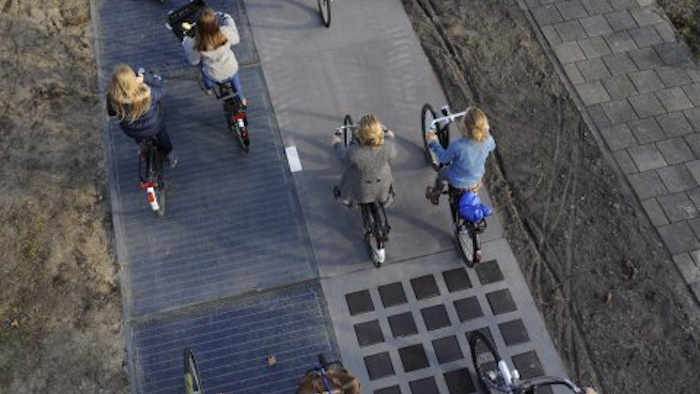 Six months ago, engineers installed panels under a 70-meter stretch of road near a bicycle path in Krommenie, a town to the north of Amsterdam.

To date, the SolaRoad test track has generated more than 3,000 kilowatt hours of electricity — or enough to power a single-person household for a year — according to a report by Al Jazeera.

Sten de Wit, a spokesman for SolaRoad, told the network that over the course of the year, developers expect electricity to exceed 70 kilowatt hours per square meter.

"We predicted [this] as an upper limit in the laboratory stage," said de Wit. "We can therefore conclude that it was a successful first half year."

The test track was crossed by thousands of bikes so far but should eventually support cars and generate electricity for decades. One of the companies working on the project said that the panels withstood a 12-ton fire truck.

Researchers, however, are working to improve a coating that failed due to temperature changes on the test track.

The group hopes to install additional panels in the Netherlands and signed an agreement with California officials.