Terminal operators at the California port said that the plan aimed to reduce congestion during those hours and use the fee revenue to add Saturday shifts. 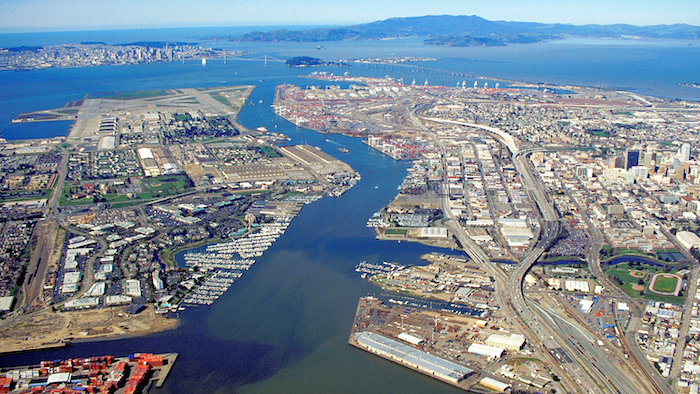 A plan to implement new cargo fees at the Port of Oakland will likely be delayed amid concerns from industry groups and federal regulators.

The Wall Street Journal reported that the Federal Maritime Commission this week unanimously voted to seek additional information about the OakPass program, which would charge additional fees on cargo processed during peak hours on the Oakland docks.

The report said that affected businesses — including importers, exporters and transportation companies — signaled their unhappiness with the planning process, and that commissioners wanted to ensure that the plan would not dramatically raise costs or impede port operations.

Terminal operators at the California port said that the plan aimed to reduce congestion during those hours and use the fee revenue to add Saturday shifts.

OakPass was scheduled to take effect late this year, but that is likely to be delayed following Wednesday's vote. Once the commission receives the information that it wants from port operators, it would then have another 45 days to make a final decision.

One industry group, however, argued that a delay could be avoided with a simple discussion among all stakeholders.

“If the terminal operators would bring us all in, we could sit down for an afternoon, figure this out, and go to the FMC and say, ‘Here’s the plan,’” Agriculture Transportation Coalition spokesman Peter Friedmann told the Journal.