Wyoming officials looking to technology to preserve coal as a viable fuel source have pledged $15 million to the carbon-capture research lab. 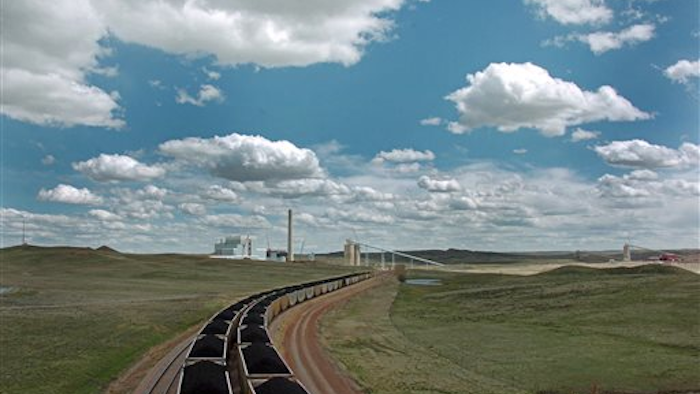 CHEYENNE, Wyo. (AP) — A laboratory where teams of researchers will study how to keep carbon dioxide emitted by coal-fired power plants from entering the atmosphere will be built at a Basin Electric power plant near Gillette, a spokesman for Gov. Matt Mead said Wednesday.

Dry Fork Station was one of two candidate sites for the Integrated Test Facility. The other was Black Hills Power's WyGen unit No. 2.

Dry Fork has been chosen for the lab, Mead spokesman David Bush confirmed Wednesday. Mead plans to formally announce site selection at the plant on Thursday.

"We are going to try to set it up so we can find the right people to come in and try to find an answer," Mead said at a general news conference Wednesday.

Turning carbon dioxide emissions into a useful product — such as graphene, a recently discovered substance many times stronger than steel — could be a game-changer for coal, Mead said.

Wyoming supplies about 40 percent of the nation's coal and is a top coal-producing state. Burning coal for electricity is a major source of carbon dioxide, the gas most to blame for climate change.

Climate regulations and low prices for cleaner-burning natural gas have dealt a blow to Wyoming's coal industry. Wyoming officials looking to technology to preserve coal as a viable fuel source have pledged $15 million to the carbon-capture research lab.

Private industry would contribute another $5 million.

Upcoming challenges for the lab include getting it built during the power plant's regular shutdown periods for routine maintenance.