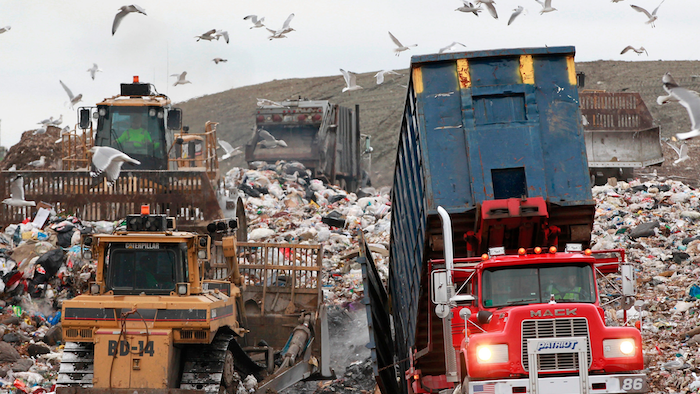 But it turns out that the German people aren't wasteful enough to keep the lights on.

Officials projected that household garbage in Germany would increase enough to keep pace with its new energy strategy, in which plants burn large blocks of plastic-wrapped trash to generate electricity.

In order to keep the power flowing, The Wall Street Journal reports that Germany is importing trash from its European neighbors, including the U.K., Ireland, Italy and Switzerland.

The trash trade is facilitated by taxes — implemented as part of a European Union effort to end the use of landfills — which make garbage exports to countries like Germany, Sweden and the Netherlands more economically palatable.

The strategy also faces problems beyond philosophical concerns. The Journal reports that a delayed shipment of trash from Ireland befouled the harbor town of Bremerhaven last year, and local officials in Hamburg closed down an older garbage plant amid efforts to boost its comparatively low recycling rate.

Reduced overall garbage plant capacity kept prices high in Germany and benefits those who process the trash, but higher fees could eventually stem the flow of garbage into the country.

Without sufficient foreign or domestic trash, it’s likely that country would need to come up with a new energy plan altogether.