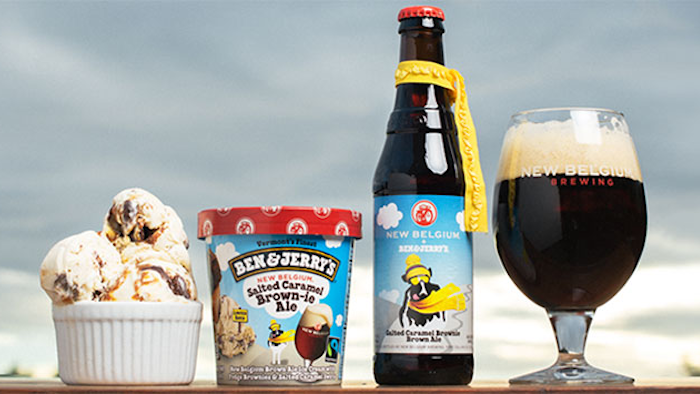 Now, the Colorado-based craft brewer is returning the favor.

The companies, which announced their partnership in April, on Wednesday unveiled a Ben & Jerry's ice cream based on Salted Caramel Brownie Brown Ale.

A portion of the proceeds from the ice cream, like the beer, will go toward Protect Our Winters, a group that organizes winter sports enthusiasts in the fight against climate change.

In addition, the companies also unveiled eight recommended pairings of New Belgium beers and Ben & Jerry's ice cream this week, as well as a "tried-and-true pour-over method" to serve them in a single dish.