Although Kellogg is primarily known for cereal brands such as Corn Flakes, Rice Krispies and Froot Loops, the Post reports that snacks now account for more sales than breakfast foods. 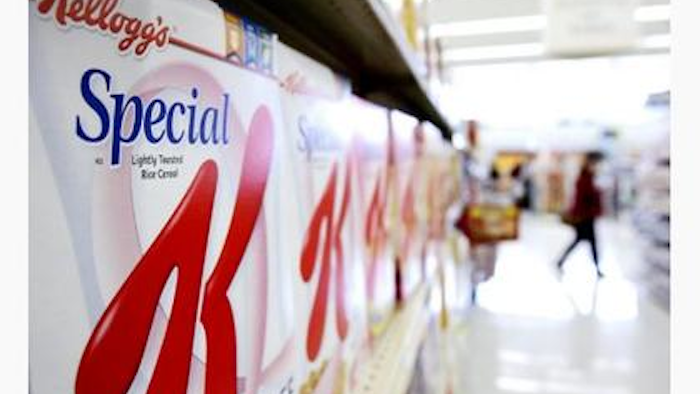 A source close to the talks told the Post that Kellogg was the most aggressive suitor and characterized the Michigan-based company as "somewhere between aggressive and desperate" to broaden its product offerings.

Sales of breakfast cereal have suffered in recent years as consumers increasingly transition away from packaged and processed foods.

Although Kellogg is primarily known for cereal brands such as Corn Flakes, Rice Krispies and Froot Loops, the Post reports that snacks now account for more sales than breakfast foods.