For the U.S. auto industry, 2014 was the year of the recall. Automakers issued 803 recalls totaling almost 64 million vehicles, more than double the old record from a decade ago, according to government figures. 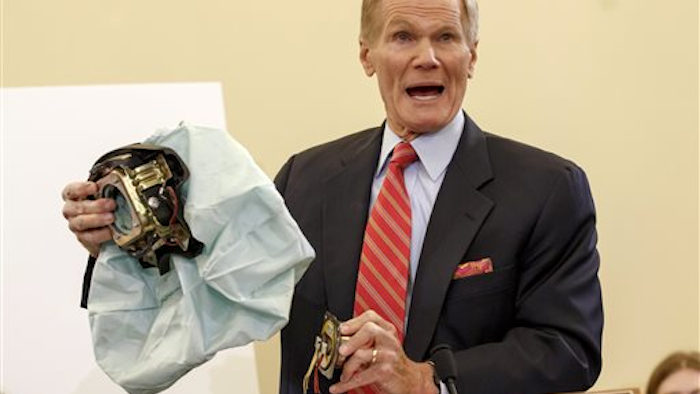 Detroit, Michigan — For the U.S. auto industry, 2014 was the year of the recall.

Automakers issued 803 recalls totaling almost 64 million vehicles, more than double the old record from a decade ago, according to government figures.

The National Highway Traffic Safety Administration, which released numbers on Thursday, said its investigations influenced 15 percent of the recalls. Automakers did the rest on their own.

The switches, which can slip out of the run position and cause cars to stall unexpectedly, have caused crashes that killed at least 52 people. GM acknowledged knowing about the defect for more than a decade before starting the recall.

Faulty air bags caused the most recalls of any auto part last year: 21.8 million, or 34 percent of the total, according to Stericycle, a firm that helps companies handle recalls.

At least 12 million vehicles in the U.S. from 10 automakers have been recalled for defective air bag inflators made by Japanese parts supplier Takata Corp. The inflators can explode with too much force, spewing shrapnel into the cabin. At least six people have died worldwide and 64 others have been injured due to the problem.

Electrical problems and issues with the engine and transmission were the second and third most common problems, Stericycle said.

Consumers should expect a higher than usual number of recalls this year as well, said John Holloran, Stericycle's vice president of global automotive strategy. Increasing government pressure and big fines have made automakers sensitive about reporting recalls as quickly as possible.

"In that type of regulatory environment, it's logical to assume that the trend is going to continue," he said.

Holloran said this will also be a year of repairs, as automakers scramble to get parts to replace the faulty Takata air bags and track down affected consumers.

Recalls vary widely in size and seriousness. Among the largest in 2014 was General Motors' recall in June of 5.9 million older sedans, including the Pontiac Grand Am, for ignition switch problems. But there are also small recalls, like Maserati's October recall of 139 vehicles for improperly crimped fuel hoses that might cause a fire.