5 Things to Know About the Takata Air Bag Recall Investigation

Here are five things you absolutely need to know about the Takata air bag recalls. 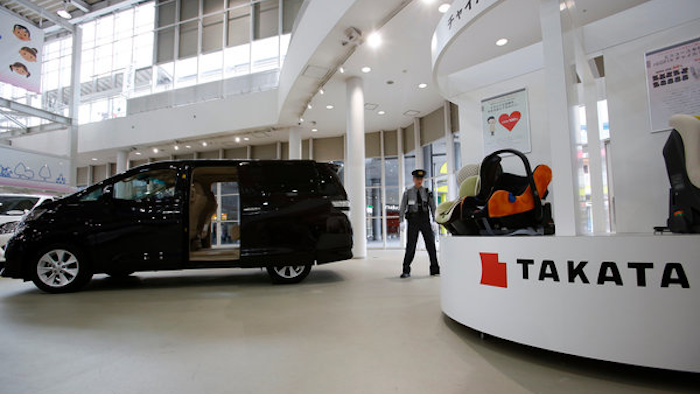 Japanese auto parts maker Takata Corp. isn't cooperating with the government's investigation of its air bags, the National Highway Safety Administration said Friday as it imposed fines of $14,000 a day that will continue until key safety information is provided.

Here are five things to know about the Takata air bag recalls:

WHAT IS WRONG WITH THE AIR BAGS?

The inflators propelled by ammonium nitrate can explode with too much force, spewing shrapnel into drivers and passengers. At least six people have been killed and 64 injured worldwide due to the problem. Seventeen million vehicles have been recalled in the U.S. by 10 automakers since 2008. Only about 2 million, or 12 percent, have been fixed, largely due to lack of parts.

WHY ARE SOME RECALLS ONLY IN AREAS OF HIGH HUMIDITY?

Government investigators believe that prolonged exposure to moisture in the air makes the inflator chemical burn too fast, creating too much pressure. That can shatter metal canisters meant to contain the explosion that inflates the bags. But they don't know exactly how much humidity over what time frame can cause the problem. Driver's side air bags have been recalled nationwide, but recalls of passenger side air bags were limited to Florida, Puerto Rico, areas near the Gulf of Mexico including Texas, Alabama, Mississippi, Georgia, and Louisiana, as well as Guam, Saipan, American Samoa, U.S. Virgin Islands and Hawaii.

WHAT DOES TAKATA SAY?

Takata has challenged the National Highway Traffic Safety Administration's demand for a national recall of driver's air bags, but automakers did it on their own. The company says the safety administration has authority to require recalls by automakers, not a parts supplier like Takata. It also says tests of 10,000 inflators don't show any reason for the recalls to be expanded.

WHAT IS BEING DONE NOW?

The government says it must be able to explain what is going wrong with the air bags and why in order to force Takata into a national recall. Three groups are testing the air bags: Takata, an independent contractor hired by the company, and a group of 10 automakers. Also, the government plans to issue an order next week requiring people who have filed lawsuits against Takata to share with federal investigators the results of safety tests on air bags that were involved in crashes, and making inflators available to plaintiffs lawyers for testing.

HOW CAN I BE SURE MY AIR BAGS ARE SAFE?

While the testing continues, the only thing you can do is check to see if your car has been recalled and get the repairs done as soon as possible. To check, go to https://vinrcl.safercar.gov/vin/ and key in your 17-digit vehicle identification number, which is stamped on your dashboard near the driver's side windshield. The site will tell you if there's a recall. If so, contact your dealer.