Nine oilfield workers over the last five years died on the job after inhaling deadly vapors near oil or gas wells, according to a federal investigation. 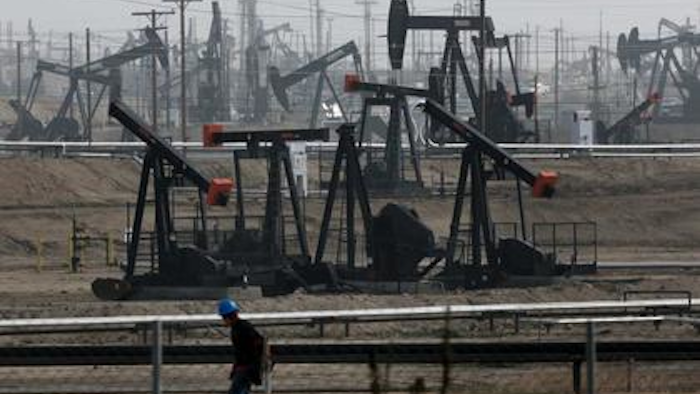 Nine oilfield workers over the last five years died on the job after inhaling deadly vapors near oil or gas wells, according to a federal investigation.

Between 2010 and 2014, the National Institute for Occupational Safety and Health determined that acute exposure to hydrocarbons during tank testing operations led to three fatalities in both North Dakota and Colorado, with single fatalities in Texas, Oklahoma and Montana.

The analysis doesn't include two fatalities earlier this year also suspected of links to well vapors. A North Dakota worker was found on a tank catwalk in January, while reports said a Texas worker likely succumbed to toxic fumes in February.

Crude storage tanks include compounds such as propane, butane or benzene. In addition to posing risks for explosions or fires, those hydrocarbons can also cause long-term health problems such as cancer, blood disorders or respiratory and nervous system damage.

Breathing in high concentrations of those gases, meanwhile, can impair workers' ability to escape and ultimately lead to death. Crude from shale oil deposits -- the development of which led to historically high U.S. production levels -- contains comparatively high levels of those hydrocarbons and can be particularly dangerous to workers.

Fracking, which extracts crude from shale deposits, contributed to an increase in oilfield fatalities between 2008 and 2012, and reports suggested falling oil prices could result in additional fatalities as cost-cutting measures lead to high turnover and heavy workloads.