National Transportation Safety Board spokesman Terry Williams said the investigation at the scene would take three to five days. 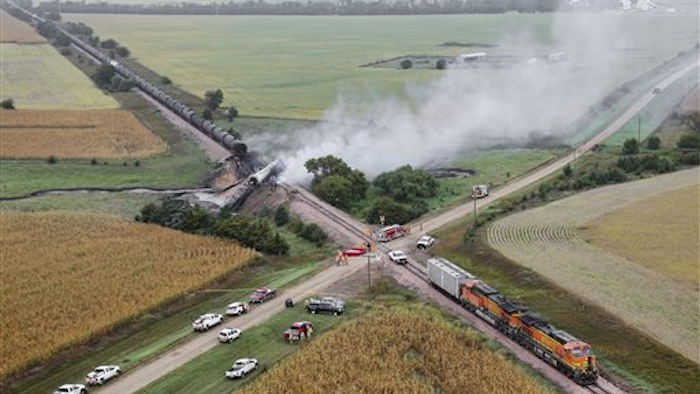 An official says federal investigators have spent their first full day on the scene where seven ethanol tanker cars derailed in South Dakota this weekend.

National Transportation Safety Board spokesman Terry Williams says the train heading from Mina, South Dakota, to Deer Park, Texas, was traveling 10 mph at the time, which was the allowed speed.

No one was hurt when the cars derailed Saturday morning, and at least one caught fire. BNSF had said the train carrying ethanol derailed about 6:15 a.m. over a small bridge that spans a dry creek, between the towns of Scotland and Lesterville.

Williams said the investigation at the scene would take three to five days. BNSF Railway spokeswoman Amy McBeth said the company's estimate to reopen the tracks was 10 p.m. Tuesday.