U.S. consumers are more optimistic about the economy than at any other time in the past eight years, buoyed by more jobs and falling gas prices, a survey finds. 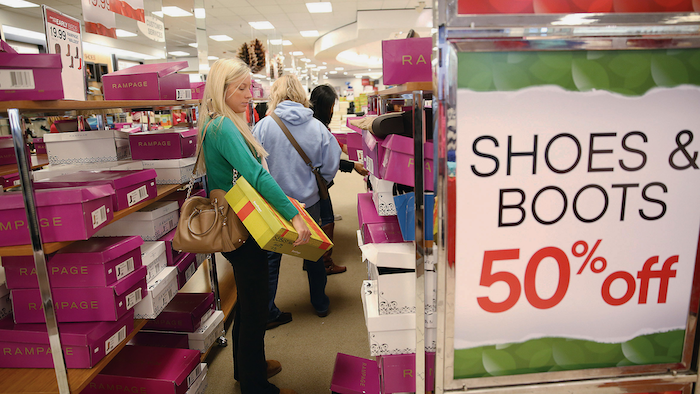 WASHINGTON (AP) — U.S. consumers are more optimistic about the economy than at any other time in the past eight years, buoyed by more jobs and falling gas prices, a survey finds.

The University of Michigan said Tuesday that its index of consumer sentiment has jumped to 93.6 from 88.8 in November. December's reading is the highest since January 2007, nearly a year before the Great Recession officially began.

The improved sentiment was evident across age groups, income levels and regions, the survey found.

Americans may finally be shedding some of their anxiety about the economy. Half the respondents expect the U.S. to avoid a recession in the next five years, the most in a decade.

Growth and hiring have been modest for most of the recovery, but the expansion now appears to be accelerating: The economy grew at a robust 5 percent annual rate in the July-September quarter, its fastest pace in more than a decade. And November's job gain of 321,000 was the highest in nearly three years.

Americans are also more optimistic about pay: They expect a wage gain of 1.7 percent in 2015, the highest since 2008. Higher expectations about pay typically suggest that Americans are more likely to demand raises.

"Consumers have become convinced that growing strength in the national economy will result in continued gains in jobs and wages during the year ahead," said Richard Curtin, chief economist for the Michigan survey.

Americans also reported hearing more positive economic news in December than at any other time in the past 30 years, the survey found.

Gas prices have fallen for 88 straight days, according to AAA, the longest consecutive decline on record. That has freed up money for Americans to spend on other items, including cars, clothes and appliances.

A separate report Tuesday showed that consumers increased their spending 0.6 percent in November, while their incomes rose 0.4 percent, the most since June.

Economic growth is expected to remain healthy in the October-December quarter, though below the third-quarter pace. Macroeconomic Advisers, a forecasting firm, predicts that the annual growth rate will be 2.8 percent in the final three months of the year.