China's manufacturing activity edged up to a four-month high in February although export orders decreased for the first time in nearly a year, in the latest sign of uncertainty for the world's No. 2 economy, according to a private survey. 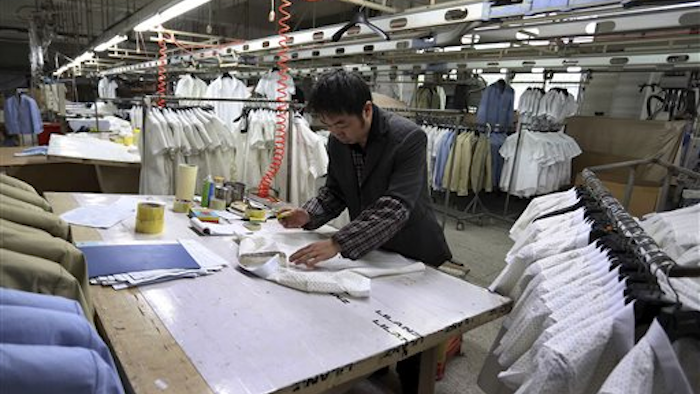 Hong Kong, China — China's manufacturing activity edged up to a four-month high in February although export orders decreased for the first time in nearly a year, in the latest sign of uncertainty for the world's No. 2 economy, according to a private survey.

The reading comes in barely above the 50-point level that indicates no change on the 100-point scale.

The holiday tends to distort China's economic data at the beginning of the year, with factories stocking up on raw materials and rushing to complete orders before shutting down for an extended break that begins at different times in January or February.

"However, domestic economic activity is likely to remain sluggish and external demand looks uncertain," Qu said. "We believe more policy easing is still warranted at this stage to support growth."

The report said that new export orders contracted for the first time since April, a sign of waning demand as the global economy struggles to recover.

Earlier this month, policymakers acted to counter the deepening economic slowdown by cutting the minimum level of reserves banks are required to hold. The People's Bank of China said the reduction will free up more money for lending and will support small and rural enterprises, construction projects and other activity.

The HSBC survey, compiled with Markit, is based on 85-90 percent of responses from more than 420 purchasing managers. The final report is due March 2.