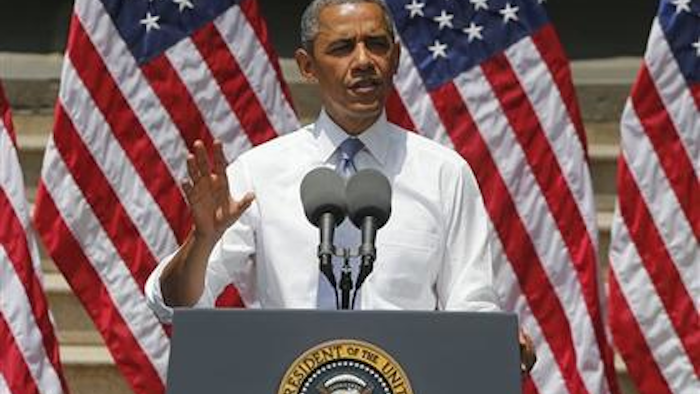 The 62-38 vote narrowly exceeded the 60-vote threshold needed to break a filibuster of the bill, which would grant Trade Promotion Authority to the president. A final vote is expected Friday, although senators have yet to vote on a series of potentially controversial amendments.

TPA stipulates that Congress may set parameters for trade negotiations but could not amend proposed agreements.

The Obama administration lobbied heavily in favor of the proposal in recent months, and Senate Republicans largely supported the measure. TPA would likely pave the way for ratification of the Trans-Pacific Partnership, which business groups believe would create broader export markets in other Pacific Rim nations.

Many Democrats, however, lined up against TPA amid accusations that it would hurt U.S. jobs.

A majority of Senate Democrats voted against the cloture motion Thursday, but leadership helped secure the votes of several crucial Democratic members with a pledge to take up reauthorization of the Export-Import Bank next month.

If, as expected, the Senate eventually passes TPA, observers long expected the legislation to face a more difficult road in the House. Most Democrats lined up against the authority and it remains unclear whether House Republicans can muster sufficient votes to pass the bill.

House Ways and Means Chairman Paul Ryan, R-Wisconsin, predicted over the weekend that the chamber "will have the votes."