With No Jobs Report, What's An Economist To Do?

The latest victims of the government's partial shutdown: policy wonks, politicians and TV talking heads who are losing their monthly opportunity to dissect the jobs report issued by the Bureau of Labor Statistics. It happens the first Friday of the month at 8:30 a.m. Eastern time. Except this Friday. 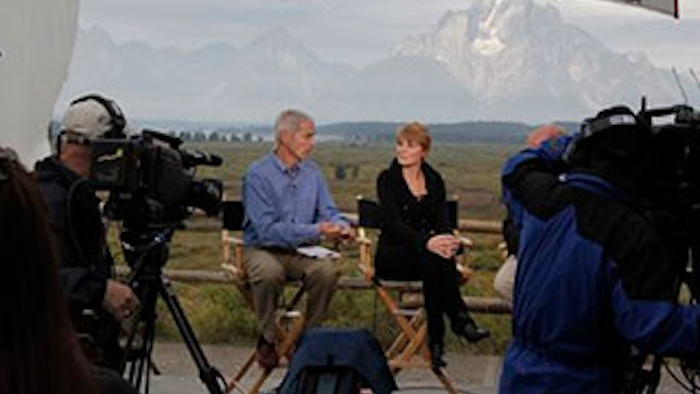 WASHINGTON (AP) — The latest victims of the government's partial shutdown: policy wonks, politicians and TV talking heads who are losing their monthly opportunity to dissect the jobs report issued by the Bureau of Labor Statistics.

The ritual unfolds every month: The jobs report comes out, and Wall Street panics or exults. Political advocates spin. And economic analysts crowd cable-TV to offer us their insights.

It happens the first Friday of the month at 8:30 a.m. Eastern time.

The government's partial shutdown means the September jobs report is being postponed. The workers who produce it aren't deemed "essential," which is why they're among the 800,000 federal employees being furloughed.

Yet for a subculture of Americans whose professional lives are tied to the monthly jobs report, its absence may be disorienting.

"Economists and journalists will have some withdrawal pains," suggests Mark Zandi, chief economist at Moody's Analytics and a fixture on cable-TV gabfests after the jobs reports are released.

Diane Swonk, chief economist at Mesirow Financial and another regular television presence on the morning of the jobs reports, jokes that she won't have to get up so early Friday. Yet she'll feel the loss.

The jobs report is a "flashlight into the dense forest of global economic information," Swonk says. "We've turned the flashlight off."

Wall Street traders whose computers are normally primed to spring into action milliseconds after the report is issued will have to manage without it.

"Most investors I talk to are taking a wait-and-see attitude," says Jack Ablin, chief investment officer at BMO Private Bank. "I don't think anybody is crying in their beer."

Wall Street bases its buy-and-sell decisions on countless data — from economic growth in the United States and abroad to corporate profits, manufacturing output and home sales. But the jobs report tends to occupy center stage. Job growth drives consumer spending, which fuels most of the U.S. economy.

"The economic data everybody looks at all month long leads up to a day like Friday," says Jonathan D. Corpina, senior managing partner at Meridian Equity Partners. "Without having that core ingredient to your economic calendar, the dish really isn't going to be done."

So can stock analysts just take Friday off?

Joel Naroff of Naroff Economic Advisors in Holland, Penn., mused, half-seriously, that he might as well head to his weekend place on the Jersey shore.

"Employment Fridays are always an incredibly busy time for me," Naroff says. "This one is going to be strangely quiet."

What will the cable financial news outlets, from CNBC to Bloomberg to Fox Business Network, do Friday morning with no jobs report?

CNBC issued a statement saying it's "still planning a big show on Friday" focused on the uncertainty from the shutdown and the "incomplete picture on where the jobs market currently stands."

Friday's report was expected to show that the economy added 180,000 jobs in September, slightly more than the modest 169,000 in August. The unemployment rate was expected to remain at a still-high 7.3 percent.

Without the jobs data, it isn't only Wall Street that will have to act without its usual information. The Federal Reserve will almost surely put off any move to slow its bond purchases when it meets later this month. The purchases have been designed to keep long-term borrowing rates low.

Zandi says he'll grow alarmed only if a prolonged shutdown shuts off the flow of economic data for weeks. No one would know precisely how the economy is reacting to Washington's political standoff.

"It's like flying a plane with few instruments." Zandi says. "You're able to do it for a while. But if you hit a storm, there's a good chance you'll crash."

Still, important as the jobs report is, some find its coverage on cable TV to be overkill. Barry Ritholtz, chief investment officer at Ritholtz Wealth Management, calls it "the single most overanalyzed, overwrought, overemphasized data point in finance."

"It's only a function of financial television and radio that have time to fill."

Regardless, Zandi plans to be exactly where he is on every other first Friday of the month: speaking on a panel of experts on CNBC.

"There's always something to talk about," he says.